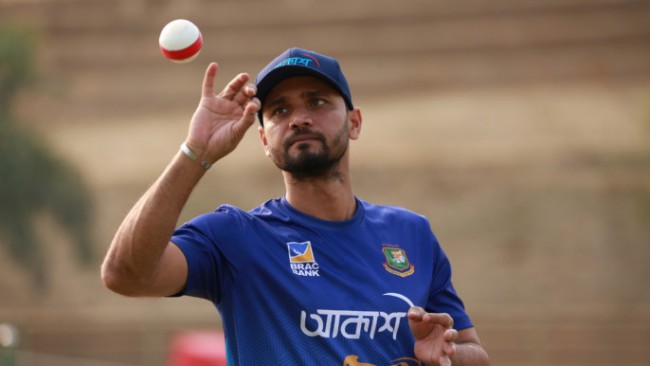 BCB's chief physician Debashis Chowdhury informed media on Wednesday that he had spoken with Mashrafe and advised to do a scan as soon as possible.

"It is better to do a scan on the fourth day, it would give us a clear idea of how bad the injury is. Today is the fourth day, I messaged him to do the scan today if possible," said Debashish.

It was learnt that Mashrafee sustained the hamstring injury three days ago while running in the City Club of the capital city.

For the last few days He had been playing football there and picked up a hamstring while doing a running between the play.

Mashrafee stopped his running activities for the last two days after sustaining the injury.