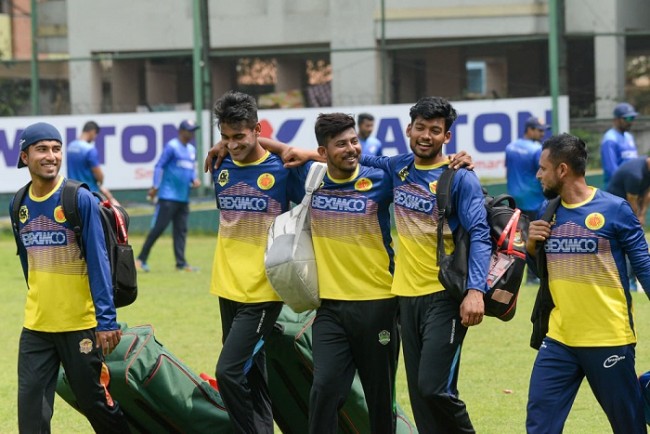 DPL has halted abruptly after one round in March due to COVID-19 pandemic and future of DPL remained quite unclear as BCB is hosting the a three-team 50 over tournament at present as part of bringing back cricket at full scale and following this tournament they are expected to host a domestic T-20 tournament.

‘’We cannot play DPL this year and we can only host it in January. We are already committed to play the domestic T20 tournament and if that [domestic T20] start in mid November it is expected to end in mid-December and later we have to give some time to the clubs so that they can prepare and in that case we cannot start it before January 10 ,’’ Mahmud told reporters at the Sher-e-Bangla National Stadium on Monday.

‘’If the clubs think we can’t play without our players then maybe we have to think after going to the West Indies but next year there is a busy schedule that implies we may not even get that chance to hold it because we might have some free time in March and April,’’ he said.

Mahmud added that they are aware hosting DPL will be a difficult proposition considering it will involve lot of individuals.

We are talking with BKSP and see how they can accommodate us. It is not a fact that Cox’s Bazaar came did not crop up but we feel it won’t be safe as if someone get infected it might be transmitted to others very quickly.

Mahmud said that they are now waiting to see the response of the clubs regarding playing DPL as he feels they are the biggest stakeholders adding that the league might be played on a single league basis.

‘’If we do single league, there are 10 more matches left, how much time it will take. Everything really matters and clubs are a big stakeholder until CCDM sits with clubs, a decision is also important for them. Everything is fine and BCB is positive as well,’’ he said.

‘’Because later we have to tell the clubs what we want to do regarding DPL and we are working on it,’’ he said adding that it is important to do DPL a players are living on it.

Because with DPL their family runs and beside it almost all of our leagues are completed and so if that was happening, then everything would be complete,’’ he said.