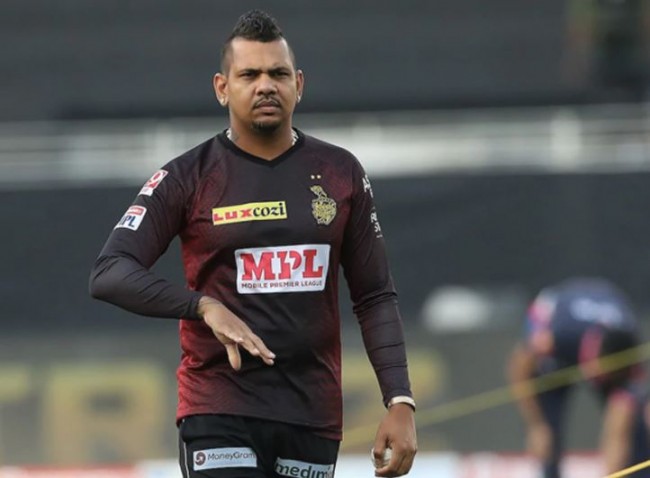 Kolkata Knight Riders’ (KKR) spin magician Sunil Narine, who was earlier reported by umpires for a suspect bowling action during the game against Kings XI Punjab in the IPL 2020, has been removed from the Warning List of IPL's Suspect Action. The news certainly gives fresh air to breathe to the franchise as they couldn’t include him in the playing XI and lost successive games.

"Sunil Narine, the Kolkata Knight Riders player, has been cleared by the IPL’s Suspect Bowling Action Committee. Mr Narine was reported for bowling with a Suspected Illegal Bowling Action during his team’s Dream11 Indian Premier League (IPL) 2020 match against Kings XI Punjab at Abu Dhabi on October 10. Following the report, Mr Narine was placed on the IPL Warning List. KKR requested for an Official Assessment of Mr Narine’s action from the IPL Suspect Bowling Action Committee, submitting action footage in slow motion with back and side angles," read a statement from the league.

"The Committee carefully reviewed all the deliveries of action footage sent of Mr Narine with the naked eye and has come to the conclusion that the elbow-bend appears to be within the range of permissible limits. The Committee also noted that Mr. Narine should reproduce the same action going forward in the IPL 2020 matches as presented to the Committee in the video footage. Mr Narine has now been removed from the IPL Suspect Action Warning List," it further read.

Kolkata Knight Riders are currently placed at the fourth place in the points table with 4 wins and as many losses from 8 games, whereas Sunrisers Hyderabad are placed at fifth with 5 losses from as many games. Meanwhile, both the team to take on each other in Abu Dhabi on Sunday, 18th October and try to register another win to keep their hope alive of qualifying for the playoffs.