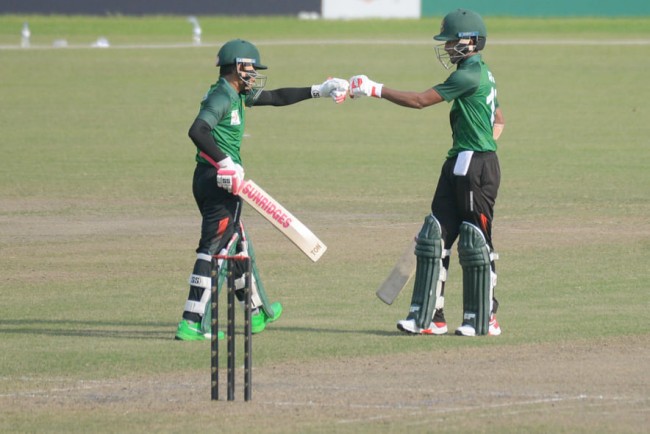 Mahmudullah won the toss and elected to bowl first against Nazmul XI in the first match of the second leg phase in the tournament, winner of which would make a giant stride towards the final.

Nazmul XI was struggling at 31-3 before Afif and Mushfiqur Rahim(52) stitched 147 runs for the fourth wicket that help them laid a platform to put a score over 250 runs.

Irfan Sukkor(48) and Towhid Ridoy(27) added 70 runs for the seventh wicket to help them post the total. Afif made 98 from 108 balls decorated with 12 fours and one six.Rubel Hossain grabbed 3-53 runs.

In the first leg match, Nazmul XI beat Mahmudullah XI by four wickets. Mahmudullah XI however grabbed two points by defeating Tamim XI by the same margin. Nazmul XI also had one defeat as they tasted a 42-run loss to Tamim XI.