Chris Gayle Should Win the Man of the Match Award, Says KL Rahul 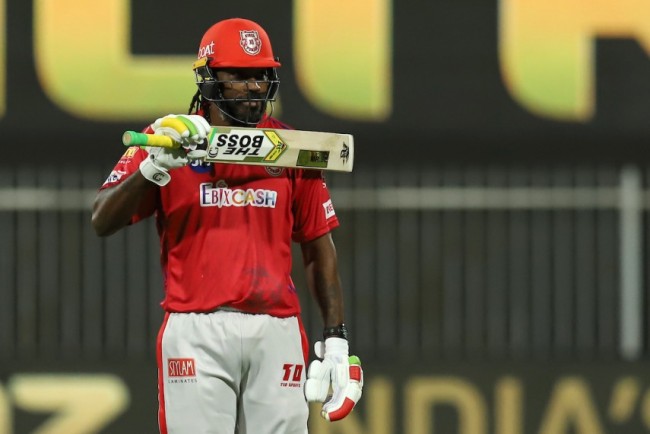 Kings XI Punjab captain KL Rahul has won the Man of the Match award for his unbeaten 49-ball 61 that helped his side register an eight-wicket win over RCB in the IPL 2020 match in Sharjah. He got great support in Chris Gayle, who was playing his first IPL game this season and smashed 53 off 45 while batting at No. 3 in the run-chase of 172.

After his stunning knock, Rahul said that Chris Gayle should win the award. Gayle built the ship after Mayank Agarwal's onslaught of 25-ball 45 in the chase. Both Gayle and Rahul stitched a 93-run stand for the second wicket as KXIP registered their second win of the IPL 2020.

"Firstly, this should have gone to Chris," said KL Rahul at the post-match presentation. "Chris has not been feeling well in the last two weeks, but he's always been hungry. Even at 41, he always wanted to play from the day he came to Dubai. Anyone who saw him, he was training hard like he's probably never done and hitting the ball sweetly. It was a tough call to make not to play someone of that stature.”

"I won't take credit but it's important to keep the lion hungry sometimes. Wherever he bats, he'll be dangerous. He has taken it up as a challenge as well. He's still the same player and is intimidating oppositions. it worked today. Hopefully he can carry on," he added.

Kings XI Punjab required 7 off 12 with 9 wickets in hand at one stage but the game reached at one point when they needed 1 off 1, after Gayle’s dismissal. However, Nicholas Pooran smashed a last-ball six and steered his side to a thrilling win.

"I've done yo-yo tests and played a few close games but my heart has never raced so fast before. I don't even have words," he said. "We knew that we had to scrap and get over the line once and that would give us the confidence.”

However, the captain shared that they are far better side than they appeared in the points table. Even, he also shared that he was elated after the win. Rahul added that they have skills but they failed to capitalize on the time and failed to win consecutive games in between.

"At the moment, my first time as captain, you kind of don't reflect on your own performance. As a leader, you need to think of everybody and how to manage the 15 or the 25 balanced and hungry to do well. That's been the challenge so personal performances haven't been on my mind so much," he further shared.