IPL 2020 the Most Significant of All IPLs, Says AB de Villiers 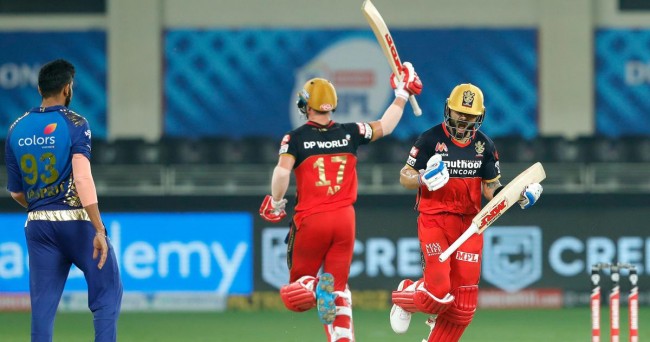 Royal Challengers Bangalore’s key batsman AB de Villiers has referred to this year’s Indian Premier League (IPL) as the most significant one of all times owing to the crunch situation of  COVID-19 the entire world has been facing. The wicketkeeper-batsman called the league a 'burst of light' in a 'season of darkness' and also added that the tournament is helping people smile even in a bad situation.

"Perhaps, in this season of darkness, IPL is providing a burst of light, a moment of excitement, a happy distraction, is a beacon of hope amid the gloom, is raising a smile through the tears," he wrote in Hindustan Times.

"Maybe, in these very strange times, this 13th edition of the tournament can be the most important, the most significant IPL of all. Don’t misunderstand me. I am not saying cricket alone can make anything better, but cricket can generate some good news amid all the bad news, and so assume a valuable role," he further added.

Meanwhile, the swashbuckling batsman shared the inside story of the bio-secure bubble where they have been staying now. He also revealed that they hardly speak to anyone outside the own squad even if four teams practising at the same venue and at the same time as well. However, they spend all their time within their units where they interact with each other and also talk about families and lives too.

"Of course, we miss the people, the crowds and the special buzz of an IPL in India. At RCB, we miss our deafening Chinnaswamy! Yet, within the broader context, we are safe, well organised and extremely grateful And when we play, when we go out to bat or bowl or field, we are mindful of literally hundreds of millions people throughout India and around the world watching the matches on their televisions at home," he concluded.