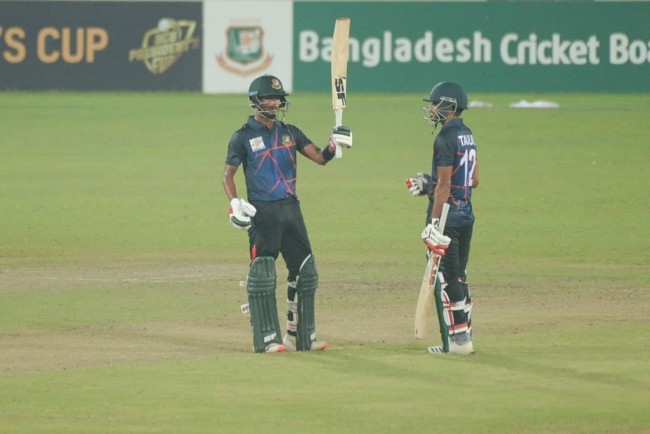 The dashing batsman played nine boundaries and three sixes in the game to make the highest score of the competition so far.

Tamim Iqbal(33) and Shahadat Hossain made (31) made useful contribution but rescued them  from despair as they were struggling on 108-7 at one stage.

World Champion Under-19 captain Akbar Ali featured for Nazmul XI for the first time in the tournament but failed to make an impact scoring only two runs.

Nazmul XI won their first match against Mahmudullah XI by four wickets while Tamim XI conceded a defeat at the same margin to the Mahmudullah XI.

While a victory would help Nazmul XI to make a giant stride towards final, a defeat would make Tamim XI’s chance to move into the final tougher one.

Tamim XI however fielded an unchanged side.

Nizamuddin: If the situation improves, NCL could resume