We are not aware of seven-day quarantine, insist SLC 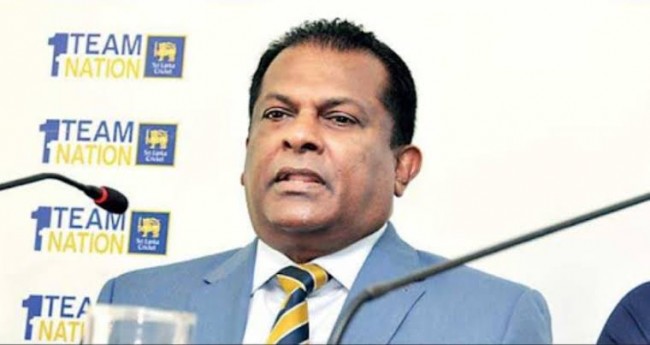 Sri Lanka Cricket chairman Shammi Silva clearly dismissed BCB’s claim that they were given an impression that they required seven day quarantine though his counterpart Nazmul insisted in that line.

Bangladesh's tour of Sri Lanka, which was scheduled for July-August, was postponed because of the COVID-19 pandemic. Bangladesh, as per the current plans, are expected to travel to Sri Lanka on September 27 for the three-Test series that is scheduled to start from October 24.

‘’If they have mentioned this then it is incorrect. I really do not know as to why they refer to a week. In any case we have not held talks with the BCB regarding a seven-day quarantine period. However, we are unable to go beyond the period that has been stipulated by the health authorities. It is guaranteed that the Bangladesh team has to undergo the mandatory 14-day quarantine period,” Silva was quoted in Ceylon Today.

“Even before arriving in Sri Lanka they (Bangladesh) have to undergo a quarantine period and once they touch down in Colombo they will have to be subjected to the compulsory quarantine programme for a fortnight in their hotel. All costs will be borne by SLC,’’ he added.

According to The Island, Sri Lanka could end up not playing any international cricket at all this year after Ministry of Health put up strict health guidelines for visiting teams to resume cricket. SLC was expected to host Bangladesh for three Test matches later next month and had identified Pallekele and SSC as the two venues as well for the games. However, the tourists have opposed the two week quarantine requirement demanded by the Health Ministry.

While Bangladesh Cricket Board had indicated that their players are willing to do seven days of quarantine, they have said no to two weeks of quarantine.

SLC officials were hopeful that the Health Ministry will be able to make some concessions. What they were looking at  is to let players do one week of quarantine and then get them into a ‘bubble’ whereby they can do training and get ready for the series, a protocol followed in England when Australia, Pakistan and  West Indies toured the country for  bilateral cricket.

SLC was awaiting feedback from BCB and then will hold discussions with Health Ministry officials to draft safety guidelines more acceptable.  Cricket officials, however, accepted the fact that when the government had done well in combating the pandemic, they had to respect the demands to keep the deadly decease at bay.

Whether this will proceed as per plan or will be postponed can only be determined after SLC officials sit with the Covid-19 task force of their country but until that time Bangladesh have nothing else but to wait with hope that their counterpart will be able to manage the government and the tour schedule is not disrupted any further.