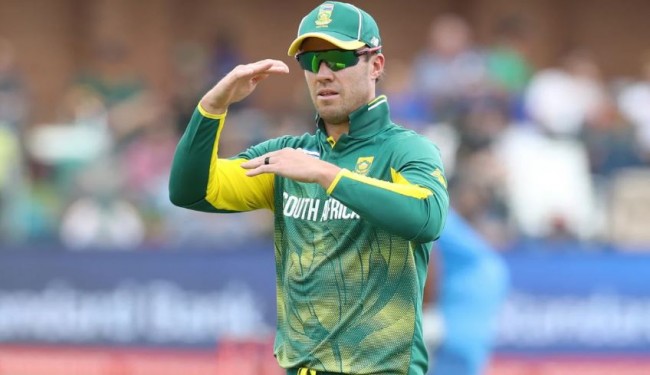 There are hardly any people available worldwide who hasn’t witnessed the audacity of AB de Villiers in world cricket. The former South Africa player – who is bitterly known as ‘Mr. 360’ - has impressed not only cricket fans but cricket pundits also.

Alongside international cricket, he has featured in several T20 leagues worldwide – be it Indian Premier League (IPL), Bangladesh Premier League (BPL) or Big Bash League (BBL). However, the swashbuckling batsman will be seen donning the jersey of Royal Challengers Bangalore (RCB) in the upcoming IPL – which is slated to take place in the UAE from September 19.

In a recent chat with Cricfrenzy, he revealed his experience of playing with RCB and why the team hasn’t won the title yet.

“We haven’t won the trophy and that’s the brutal truth and unfortunately, this is something we have to deal with. We came close a couple of years in 2011 and 2016 where we should have won. In other years, we weren’t the best team in the tournament and I am not surprised that we haven’t won the title once,” he said.

“If I look at the teams like Mumbai Indians or Delhi Capitals or Chennai Super Kings – they are really better than us. I am talking about all-round performance and they are just as good as or even better than us. But I certainly get that feeling again this year. People might laugh at me but I look around those teams from coaching to youngest players of the team as well.,” he expressed.

“I truly believe we have the strongest team in the tournament this year and in five years time, if we don’t win the title, we will regret it while looking back at 2020. But luckily it hasn’t happened yet and we still can influence,” he further added.

While talking about that, he said, “It is a possibility. If they ask me if I am up for it, I will say absolutely and I will do anything for the team and anything that would improve the chance to win the tournament. We have three keeper-batsmen and all three are good players. Jos Phillip is a fantastic talent from Australia and Parthiv has shown for many years what he is capable of. I have a track record of being able to do the job so we have three options which are fantastic for the team. There is no doubt that we will do our best.”

“I am ready to go – be it keeping or batting. In the year 2011 and 2016, we had a good tournament and made it to the final and I was the wicketkeeper then. That’s maybe the reason why Mike Hesson and Simon Katich decided to look back at that again,” he concluded.