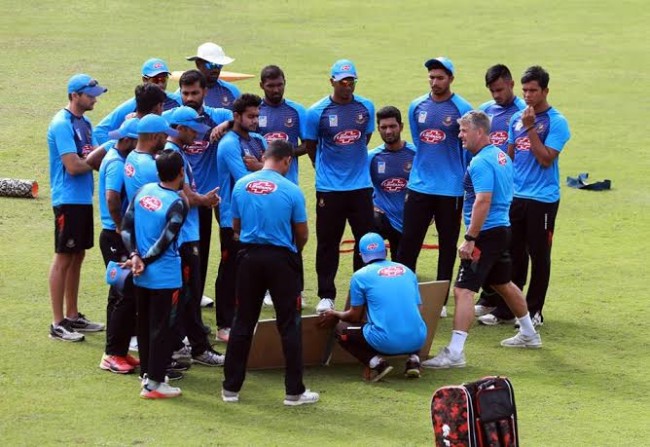 Bangladesh Cricket Board (BCB) has divided the Sher-e-Bangla National Cricket Stadium (BSNCS) and its academy alongside indoors into two zones-Green Zone and Red Zone in order to practice safely for the cricketers ahead of the Sri Lanka series.

The players will move safely in the green Zone where there will remain the stadium, gymnasium and Indoor. They can use it uninterruptedly.

On the other hand, the rest of the space is the Red Zone, where the players need not to go there.

Even though individual training sessions are going on beside small group training, the team-wise training will start on September 21.

The selectors are supposed to submit the list to the board for the BCB president’s approval via BCB Cricket Operations today. The squad will formally be announced after getting the president’s nod.

The players will be accommodated at the Pan Pacific Sonargaon Hotel in Dhaka after being made the second-phase corona test. A 20-21 player will be selected from the 27-man primary squad for the Sri Lanka tour.

The number of players has been increased keeping the COVID-19 and VISA complexity in mind. Most of the players who played the last three series for the Bangladesh team have been included in the 27-man squad.

Mushfiqur Rahim, Liton Kumar Das and Mohammad Mithun remain in the team as wicket-keepers. In that case, it’s tough for Sohan to get place in the team in the crowds of the veterans.

There are four spinners-Taijul Islam, Mehidy Hasan Miraz , Nayeem Hasan and Sunzamul Islam in the primary squad as spinners. Considering the covid-19 case in mind, the selectors keep Sunzamul in the squad, he has remote possibility of touring with the team in Sri Lanka.

There is a big pack of pace line-up, where a total of none pacers-Mustafizur Rahman, Rubel Hossain, Shafiul Islam, Taskin Ahmed, Al Amin Hossain, Mohammad Saifuudin, Ebadot Hossain Chowdhury, Abu Jayed Chowdhury Rahi and Hasan Mahmud is in the race to tour in Sri Lanka.

The selectors earlier said that 6-7 pacers will travel to Sri Lanka along with three spinners., while the rest of the players (11-12) will be batsmen.

The selectors don’t keep Shakib Al Hasan in the primary squad for having ICC suspension order on him.

Even though the selectors formed a primary squad for the series, BCB chief executive Nizamuddin Chowdhury said Sri Lanka Cricket (SLC) is yet to send health protocols for the players.