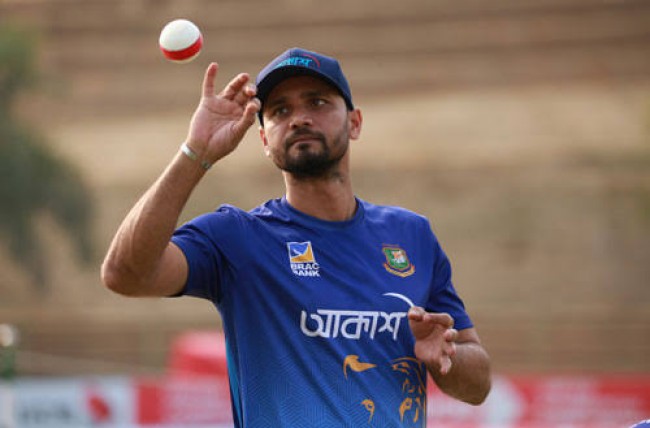 Narail Express Foundation (NEF) has announced the erection of a 10-bed specialized hospital at the cost of the auction money of Mashrafe Bin Mortaza’s beloved bracelet on the eve of the founding anniversary of the NEF.

The third founding anniversary of the Narail Express Foundation (NEF) is celebrated to cut a cake at the Sharif Abdul Hakim Diabetic and Thyrocare Center in Narail city. At the presence of the huge number of local media personnel, a discussion meeting was also held from where the erection of the specialised hospital was announced.

It’s told in the meeting that the bracelet of Mashrafe, former captain across the formats, was sold at Tk 42 lakh. A part of the money was spent among the unemployed players and athletes in Dhaka and different parts of the country to prevent them from the coronavirus pandemic.

The specialised hospital will be erected with the help of the remaining Tk 25 lakh of the auction money along with the financial assistance of some people and organization of the Narail district. The 24-hour health service from the hospital will be given to the general people at the presence of the specialist doctors.

The hospital is under the approval of the government. When it will get its governmental nod, it will start building, said the speakers of the meeting.