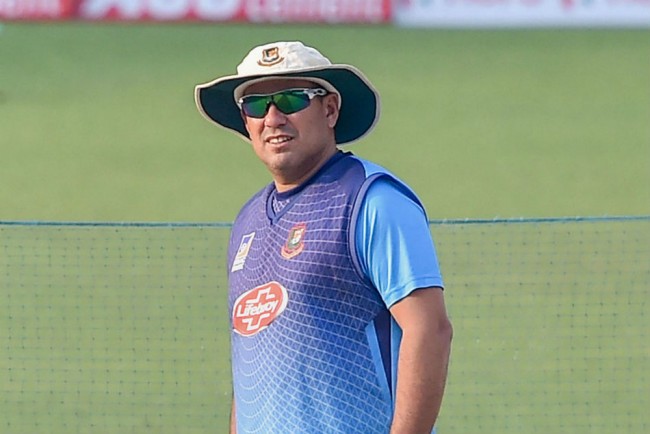 National cricket team head coach Russell Domingo is all set to arrive in Bangladesh on September 6 after his flight was delayed for two days.

“Domingo was scheduled to be in Dhaka on September 2 but due to the delay of flight, he will reach the country on September 6,” said Bangladesh Cricket Board (BCB) Cricket Operations Chairman Akram Khan.

“They had done a corona test when they were scheduled to fly on September 2. Now since the flight has been delayed, they would have to undergo a corona test again.”

“Vettori and McMillan will join the side in Sri Lanka,” Akram said, adding that former batting coach Neil McKenzie had talked to McMillan and gave him ideas about the Bangladesh batsmen.

He also said that the itinerary of the series is yet to be finalized but there is possibility that the first two Test matches will be held in Kandy while the third and final Test will be hosted by Sri Lanka’s capital city Colombo.

“They (Sri Lanka) have given a tentative itinerary but it is not final. According to that schedule, the third Test will be held in Colombo while the first two Test matches will be hosted by Kandy,” he remarked.

Akram said a total of 38 players now have been training to keep them prepared for the Sri Lanka tour.

“A total of 38 players have been training at different places at this moment. In the first phase, the squad will be trimmed to 28 and later 22. There is a possibility that we will announce a 22-member squad for the Sri Lanka tour,” he added.