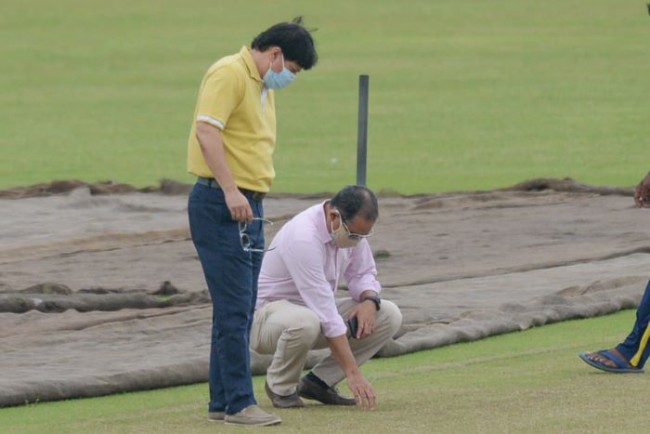 Bangladesh have started their preparation for the upcoming tour of Sri Lanka which got some momentum as they plan to start practising at the centre-wicket from next week.

National selector Minhajul Abedin said on Thursday that they are expecting more intense practice session in the upcoming days.

"We have asked the grounds committee to prepare the centre wicket for us as we are eyeing to practice on it from next week," said Minhajul.

"It will be divided into different groups with each of them consisting around three to five cricketers," he said.

"We need to do some intense training session in the upcoming days and we hope the intensity will with passing days," he added.

Meanwhile, Bangladesh Cricket Board on Wednesday initiated the group training simulating match environment ahead of the upcoming tour of Sri Lanka, where the team is scheduled to play a three-match Test series with the opening Test slated to start from October 24.

All cricketing activities were closed in Bangladesh since the outbreak of coronavirus in mid-March and resumed in a minimum scale thorough the ongoing individual training session late last month but now decided to switch gears as per the recommendation of the team management and cricketers as they decided to conduct training in this manner after their zoom meeting on August 25.

Bangladesh's tour of Sri Lanka, which was earlier scheduled for July-August, comprising three Tests, was postponed indefinitely because of the COVID-19 situation and the tourists are now scheduled to travel to the island nation on September 27 after completing a one-week residential camp.