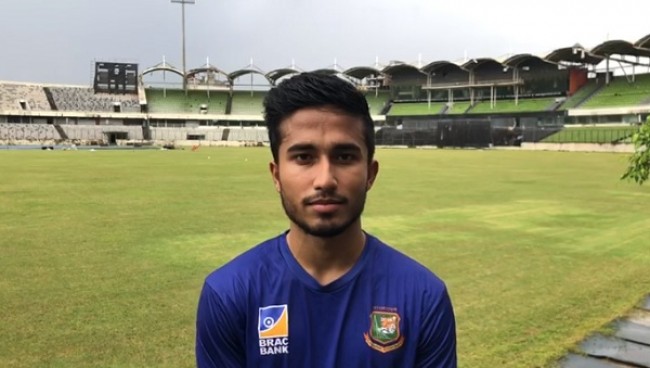 Bangladesh promising all-rounder Afif Hossain revealed he has been trying to fix his small batting problems since the lockdown situation so that he can perform well further in their next international assignments than the past.

He held an online discussion with their previous batting coach Neil McKenzie about some tricky techniques of his batting, Afif said, adding that he is trying those modus operandi right now to make a good adjustment with it.

“I got much more time to think about my batting during the lockdown situation. I held a discussion via online with our previous batting coach McKenzie about some techniques of my batting,” said Afifi Hossain.

“And I am now trying to hone those techniques. If I could fix those techniques, I believe, I could perform well further,” Hossain told media after his individual training session on the last day of the fourth-phase sessions at the Sher-e-Bangla National Cricket Stadium (SBNCS) in Mirpur today.

The young talented all-rounder described the virtual meetings with Russell Domingo, Ali Azhar Khan, Ottis Gibson, Daniel Vettori, Neil McKenzie and Gary Kirstein as inspirational for them all, stating that those will help them in days to come.

“The time in lockdown was tough for all. The training schedule our coaching staff and trainers gave us during the corona period we’re trying to follow those things. Along with that, the virtual (online) meetings we had held that gave us huge inspiration,” he said.

“I feel very good to have practice in Mirpur. I could do what is needed for me as per sessions. Hopefully it will be helpful for me ahead,” he added.

“All sorts of sports were shut down. As a cricketer, it’s obviously very much tough. Games will start ahead. And that’s a very good side. I hope I can play well in the next games. Apparently I’m trying to practice from that point of view,” he concluded.