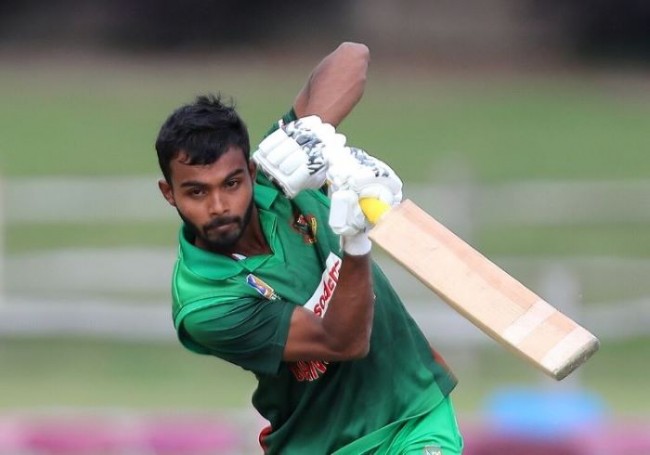 Bangladesh Cricket Board (BCB) yet another performed another test of COVID-19 for Iftekhar Hossain Ifti, an all-rounder of the newly-built Bangladesh Under-19 Cricket Team, who had been tested positive with corona in the second-phase of the corona test.

The result of the test will be known tomorrow.

Noteworthy, Ifti was tested negative with corona a second time after being tested positive in the initial phase for which the BCB kept him isolated. But they tested him again just two days after being given a negative second test.

As of now, they decided to justify the result whether he is corona positive or negative. In addition, the BCB Games Development arranged a three-phased corona test for the players, coaching and supporting staff to run a four-week residential camp after a lengthy corona-enforced layoff.

Unfortunately, all-rounder Ifti was diagnosed with positives in the second test of the second batch. It’s a matter of astonishment that he went through the second test within the 48 hours. But his result came negative.

The BCB DG and its medical department became astonished for which they tested him a third time to justify whether he is corona negative or positive.

AEM Kawser, senior national manager of the BCB Games Development admitted the matter to Cricfrenzy.com, and stated that they decided to verify the result after being negative in his second test.

“Today Ifti’s sample has been taken. We are waiting for a day because it takes more time for us. Hopefully we could get its result tomorrow,” Kawser said.

“We’ve medical team. Therefore, we will get to know what comes from the report,” Kawser told one of the country’s leading web portals over phone.

In addition, BCB tested players and its coaching and supporting staff in order to hold a residential camp at Bangladesh Kriria Shikha Protisthan (BKSP) with the participation of 45 players of the primary Bangladesh Under-19 Squad.

The third phase test took place on August 20 from where the passed 17 cricketers and four coaching staff went to BKSP to join the camp which was kicked off August 23.