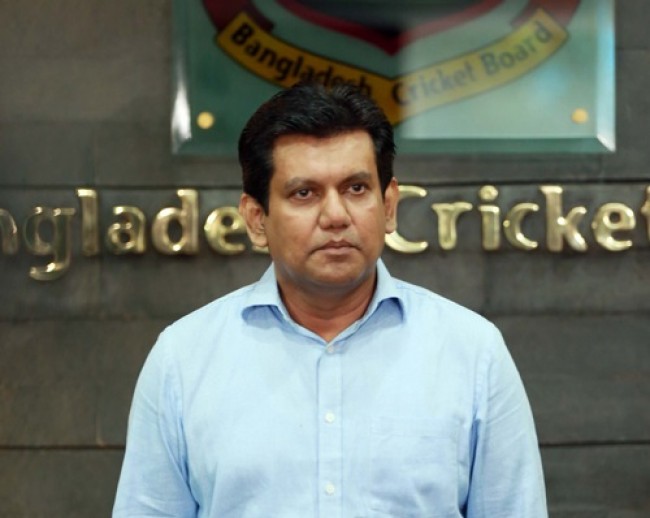 Bangladesh Cricket Board (BCB) has focused more on players’ preparation along with their health and safety keeping the upcoming Tigers’ tour in Sri Lanka in mind.

In that case, the bitter experience of Bangladesh football has come as a good lesson before them all after which the BCB has taken an additional cautious approach so that Bangladesh Cricket team did not face any blow from the coronavirus pandemic prior to their crucial comeback series in Sri Lanka.

The individual training sessions in Bangladesh have been started before the holy Eid-ul-Azha and will continue to the end of the current month. Thereby, the BCB will give a small group (three-player or five-player session from individual session) training chance for the players to groom them further.

After holding small group practice sessions, the BCB previously planned to test COVID-19 to the players before flying to Sri Lanka. But as of now, they made a bit of a change in their erstwhile training plan.

Bangladesh are likely to fly to Sri Lanka on September 23 to play a three-match Test series, just a month prior to the start of the Tests that are a part of the International Cricket Council (ICC) World Test Championship.

Bangladesh will hold a week-long residential camp in mid-September before their departure for the island nation.

The number of the players has been increased due to the coronavirus. The BCB planned to keep the players in a hotel in the capital as a part of an additional security and players will go to their camp from the hotel.

The BCB has prepared their new plan from the lesson of the football team. They will first test the players during their stay at home and those who will be negative in the test will be allowed to join the camp.

BCB Chief Executive Officer (CEO) Nizamuddin Chowdhury said they have learnt from the mistakes of the football.

“There remains a lesson from the mistakes. We have to find out a new mechanism cautiously from those mistakes what happened in football. Our plan is to test players before the start of the residential camp during their staying at home,” said Nizamuudin.

“Those who will be negative will be called for the camp. Another test will be held during the camp,” he added.

Regarding the corona-preventive measure of the BCB, chief physician Dr Debashis Chowdhury said, “We have understood from the facts of the football that we have to take arrangements to test more with more time. It’s impossible to form a good team if we test at the fag’s end of the tour like football.

“More players will be called for the preliminary squad for this. We have got a good lesson from football. Hopefully it will be helpful for us,” Chowdhury added.

A test will be performed during the conditioning camp. And it's compulsory to test within 72 hours before the travel. Even though it is not fixed where tests will be held, the first test will be held at the health directorate.

It’s yet to finalise where Bangladesh will set their base camp after going there in Sri Lanka one month before the Test series. Initially it was told to stay in Colomb but the outbreak of the coronavirus has increased in the capital city for which the nightmare has gone up for the hosts.

“The hosts are working on where our team will stay one month before the start of the series. They initially told us to stay in Colombo. They can think about the other venues for the cricketing facilities,” BCB CEO said.

Nizamuddin said the venue of the first Test of the Test series is yet to finalise. But two Tests will be played at the same venue and the other will be decided in another venue.

BCB CEO informed that they are taking initiative to resolve the complexity of their travelling during the corona period. But spin consultant Daniel Vettori has no possibility of traveling in Bangladesh. He might have joined the team in Sri Lanka directly.