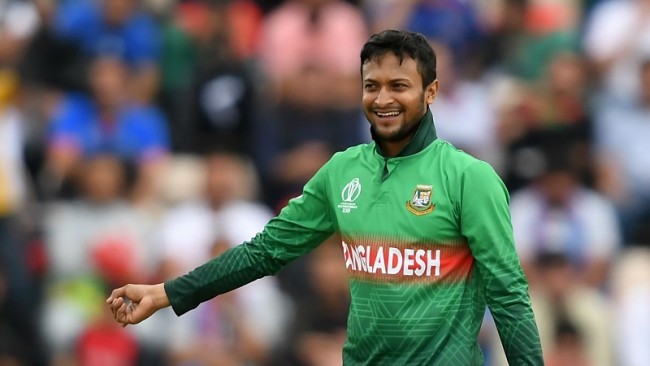 Bangladesh’s leading all-rounder Shakib Al Hasan insisted that he is not losing his sleep to be the all-time great in the world.

All-rounders are arguably the most precious commodity in the game of cricket. Most people, who start playing cricket, start off by doing both batting and bowling and then settle on whichever part they're better at and focus on it.

But only a few can truly master both arts and excel at both in international cricket. Bangladesh’s Shakib Al Hasan falls under that rare breed as well.

But beyond the numbers and the stats, his impact on the national team should also be counted as that puts him in the highest echelon among all-rounders.

Before Shakib, Bangladesh was perennial minnows and a major underdog in cricket, but with his entry and ascendance, he has helped Bangladesh beat all comers.

The names Jacques Kallis, Sir Garry Sobers and Imran Khan are mentioned when greatest all-rounders come into play, so let's see how Shakib fares against them.

Then there are all-rounders like Ian Botham, Richard Hadlee and Kapil Dev who deserve a mention for their exploits and accolades but their stats are less impressive than Shakib's.

Shakib's numbers are impressive and the 33-year-old still has years of cricket left in the tank and more accolades to win.

From the stats, it's easy to say that he's the best all-rounder in the game currently, the greatest cricketer Bangladesh has ever produced.

While it would be incorrect to say he's the greatest all-rounder of all time, his numbers suggest that he's right up there with the greats.

If we were to rank, it would be Kallis, Sobers, Imran and then Shakib as far as greatest all-rounders go, but by the time he calls it a day if he can win a World Cup for Bangladesh, he could very easily be up even higher.

‘’I don’t play to be the best all-rounder of all time,’’ Shakib was quoted in a leading Bengali daily.

‘’Basically, I play for my team and for Bangladesh. All I want is as long as I play I can give my best. I want to contribute with batting bowling fielding and whatever way I can,’’ he further added.

‘’I don’t think about it at all[ regarding being as the all-time great all-rounder] but it is true when my name is spoken along with those great it feels good because it is a big thing,’’ he concluded.