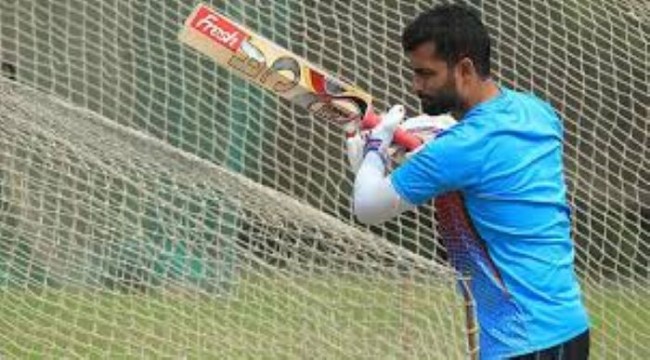 Bangladesh ODI skipper Tamim Iqbal said that he might return to field for individual practice if he is not required visiting London for treatment.

Tamim is expected to have a VDO conference with a leading physician of England on Monday and if it appears that going abroad is not compulsory he might start individual practice in the coming days.

Tamim is facing a dilemma about returning to practice due to some health issue.

For the last couple of months, the veteran opener is facing stomach ache and now seeking consultancy from the doctors of overseas.

"If physician ask me to go to London, I will not resume the practice for now. But after listening to everything if he says I don't have to go to London then I'll start practice," Tamim was quoted in a Bengali daily.

The 31-year-old left-handed batsman also said that he had this pain three months ago first which stayed for 13-14 hours and then three weeks ago for the last time and now he is tensed if it comes when the matches start then he might fall into danger.

For this reason, he doesn’t want to take any risk and willing to get over from it as soon as possible.

"One day three months ago, I suddenly started having severe pain in my stomach. The pain lasted for 13-14 hours. Then there was the pain three times in the last three weeks. What is the problem is not understood," Tamim said.

"If it happens when the game starts, then it might create a problem for me. It would be great if I could go to Bangkok or Singapore to get tested. But now one can only go to London. That is why I'll talk there," he added.

Earlier, Bangladesh Cricket Board [BCB] opened four designated venues for the national cricketers so that they can start their individual training.

The six-day training will continue till July 26.