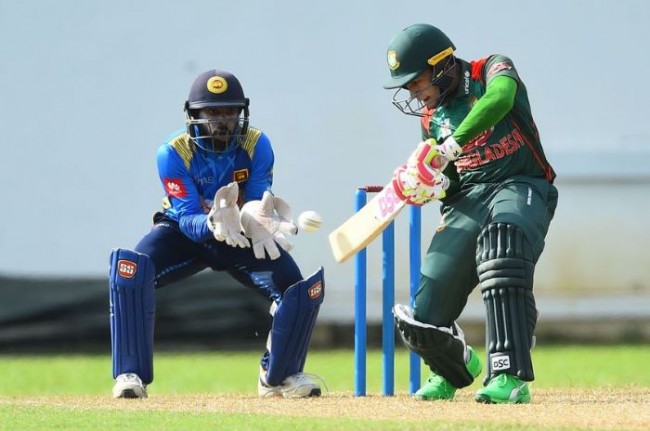 Bangladesh Cricket Board (BCB) has to look for an alternative way to mark their return to international cricket if the Twenty20 World Cup gets postponed by the International Cricket Council (ICC) just after the Asia Cup.

Earlier, Asian Cricket Council (ACC) through a media release confirmed that the Asia Cup tournament is not going to be held in the given schedule amid the escalating coronavirus worldwide pandemic. But the apex body of the Asian cricket said that it will be played next year in Sri Lanka.

And so, the resumption of the cricket for the BCB gets uncertain as there is no international tournament ahead for Tamim Iqbal-Mahmudullah Riyad’s teams barring Down Under ICC T20 World Cup, which was scheduled to take place in between October-November.

If the 2020 ICC Twenty20 World Cup in Australia also gets postponed due to the fears of the COVID-19 virus pandemic, there will then be a huge sum of gap for the national team’s players.

BCB has already postponed their home series against Australia and New Zealand before the postponement of the much-talked Sri Lanka tour due to the pandemic situation.

The board officials along with the players were also eyed for the Asia Cup but it has also got dropped. As of now, the cloud of uncertainty is looming over this year’s ICC’s flagship event.

For this reason, BCB might think of alternative ways to mark their return to the international cricket and for this the best possible option is to reschedule the Test match series against Sri Lanka and tour to the Island country in that September slot.

BCB Chief Executive Officer (CEO) Nizamuddin Chowdhury said that they are also thinking about the possibility of the Sri Lanka tour.

“If the Asia Cup and the World Cup gets postponed, matches can then be played at that time in Sri Lanka. The series with Sri Lanka can be discussed only after the decision of the ACC and ICC,” Nizamuddin Chowdhury said.

However, the BCB may send its High-Performance (HP) team to Sri Lanka before the national team’s tour. BCB director and its HP Committee Chairman Naimur Rahman Durjoy said that an email had been sent to Sri Lanka to postpone the HP team’s tour to September.

Durjoy also said that the series can be held if the board wants.

At a time when all avenues for returning to international cricket are getting closed one by one, a tour to Sri Lanka may be the search for a new path.

The BCB CEO, however, echoed the same sentiment and said that they have some other ideas about the tour.

“We’ll prioritise the home series over the away series. Organizing the series has been postponed due to the COVID-19. Away series can be played at any time. Don’t have to do more for that,” he said.

“More than 20 cricketers will be prepared to play abroad. But the real test is organizing the home series. For that, we have to make big preparations. We’ll try to do that,” he added.

The Board of Control for Cricket in India (BCCI) has already said if the tournaments slotted at the September-October window gets postponed, they will then think to conduct the most lucrative franchise-based tournament Indian Premier League (IPL) on that time slot.

However, if Bangladesh managed to conduct a home series in that September window, it would then be a great opportunity for both players and the boards to make an example for others.