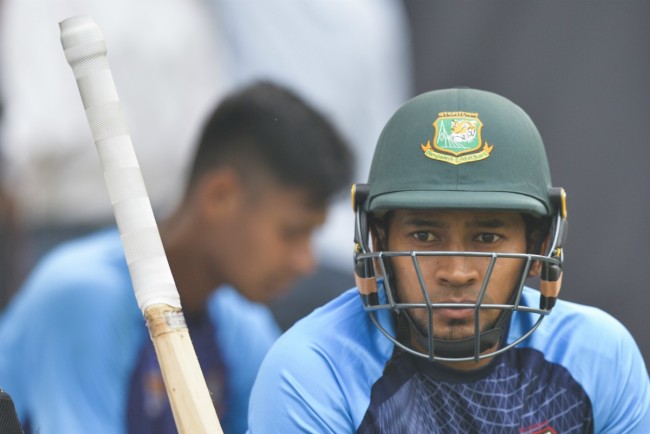 Mushfiqur Rahim, veteran wicketkeeper-batsman of the Bangladesh national cricket team, started practicing at his garage after his drawing room and rooftop practice session.

It’s no doubt that Mushfiqur is the most energetic and practice-based player in the Bangladesh team. From the Day-1 of the nationwide general lockdown, the diminutive keeper-batsman has been doing heart and soul drills and exercise to keep himself busy with his practice.

The country is still in the grip of the stiff lockdown for over three months owing to the COVID-19 pandemic situation.

It’s Mushfiqur Rahim, who appealed to the Bangladesh Cricket Board (BCB) to open the stadium and its facilities for the players so that they can do their practice individually and get themselves fit for the games.

Doing practice at home, he thought, is not helping them much. But the board was reluctant to open the facilities for the players at that period of time because it might be risky for their health and safety as the corona situation is getting worse day by day in the country.

But some few days after their unwillingness, the Bangladesh Cricket Board (BCB) decided that they will allow cricketers to practice at the stadium for a limited-scale of time after disinfecting the whole stadium properly.

Later, the BCB got back from their steps in the wake of the escalating contagion of the COVID-19 across the country.

Not being disappointed at the BCB’s decision, the veteran wicketkeeper-batsman was not sitting idly at home rather he started his own form of training at home.

Earlier, it’s seen that Mushfiqur is running on his treadmill, doing freehand while being at his home. He then started running outside his yard. Currently, he uploaded a practice video in his Facebook account where he is seen cracking with his bat and doing keeping practice.

Mushfiqur is doing whatever he can to have seen him in the right shape while being at home, but he is also eyeing to get himself back in the net training ahead.