Cricketers are mourning for 'the loss of a year' in cricket 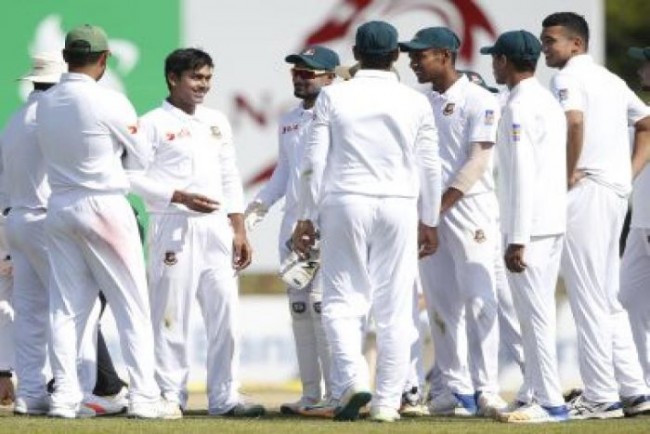 Bangladesh cricketers, especially those who are considered for only Test cricket have expressed their disappointment about losing almost a year of cricket from their cricketing life.

Over the last four-five years Bangladesh became a strong unit in the shortest format of cricket where top-tier cricket teams fear to play against the Tigers at their den. But the scenario is not the same in the longer version format of cricket.

Bangladesh still struggle for winning Test not only against the top-tier teams but also against even the newly-earned Test status country Afghanistan. So far, the Tigers have played 119 Tests, where they won only 14 and drew 16 while being defeated in 89 outings.

This year was a feasible year for Bangladesh cricket to have more five-dayer matches but the deadly contagion virus turned the table for Bangladesh to establish their Test credentials.

Due to the ICC World Test Championship reason, Bangladesh had a chance to play 10 Tests this year along with six bilateral series, consisting of three home and away matches.

But the COVID-19 situation halted everything and this is making concerns more to the players who were preparing themselves well for these potential matches but both their efforts and expectations have gone in vain.

Bangladesh Test skipper Mominul Haque, who is also disappointed about losing such an opportunity, contained himself after experiencing the devastating corona situation in the country and the world as well.

“A great opportunity was missed. But I’ll not say that it feels very bad. The situation is such that no one can say which way we are going. It’s difficult to plan anything now,” Mominul Haque told a leading Bengali daily.

After completing the first phase, a Test match against Pakistan at Rawalpindi and Zimbabwe at home turf, the Bangladesh team still had eight more Test matches to play this year. Missing so many Tests on the trot, which bring a mental stress to players who seemed to wonders only in the five-dayer match, like pacer Abu Jayed Rahi and left-arm spinner Taijul Islam.

“It’s a loss both financially and mentally. Let’s see if the National Cricket League (NCL) and Bangladesh Cricket League (BCL) take place or not. When I think I won’t get a chance to play international cricket this year, I feel very sad,” said Abu Jayed Rahi.

“It feels bad to sit for 15 days. There it’s been almost a year. But there’s nothing to do. Now all I want is to get back to normal life as soon as possible, Taijul Islam said.

Nayeem feels that his all hard work on discipline is falling behind after getting himself rearranged after the Pakistan series.

“Feeling is a little bad for me. I had a very good rhythm. The start of the Premier League was good. Bowling was also good. I got myself rearranged very well after the Pakistan series. There was a lot of discipline in my life. Now everything got disorganized. What happens when there’s no match, looseness occurs,” Nayeem Hasan said.

Bangladesh top-order batsman Saumya Sarkar also had a good start in this year and got enlisted in the A-plus category in the central contract of Bangladesh Cricket Board (BCB). He has that disappointment in himself but still trying to survive the situation and eyeing for the later matches.

“It’s hard to stay at home. But there’s no chance to ignore Corona. There’s a war going on. If he survives, there will be a lot of series-tournaments ahead,” Soumya Sarkar said.