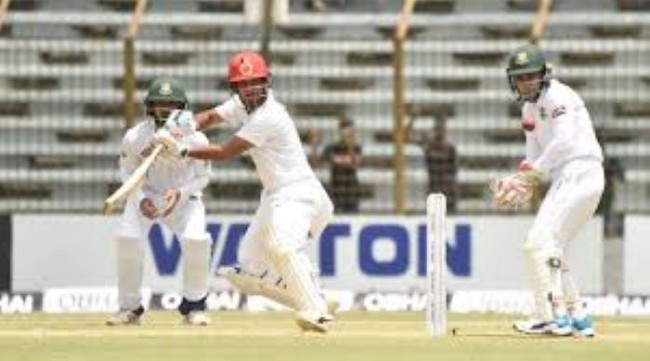 Afghanistan have expressed they want to play more Test matches against Bangladesh so that they can sharpen their Test status and consolidate their position in Test cricket.

Afghanistan are the newest member in Test cricket. The south Asian nation got the Test status from the highest authority of cricket in the world- International Cricket Council (ICC) in 2017.

Since then, Afghanistan have played four Test matches and succeeded in two matches so far, where in one match Bangladesh got beaten by Afghanistan on their very own soil.

Afghanistan are seeing success at a very early stage. Maintaining its continuation, Afghan batting coach Hilton Dew thinks that they need to play more matches to improve in Tests more and more especially against teams like Bangladesh and Sri Lanka.

“We got a Test schedule against Australia after two T20 tournaments. But we have to play more Tests against teams like Bangladesh, Sri Lanka and South Africa,” said Hilton Dew in an interview with ESPN Cricinfo.com.

Spinners have played a big role in the success of Afghanistan. They have two world-class spinners Rashid Khan and Mujib Ur Rahman in the Afghan camp.

The batting coach thinks that Rashid and Mujib are making good use of their experience of playing in various franchise leagues around the world in international cricket.

“There is a lot to learn from playing with the best stars of the big teams. That is why Rashid Khan, Mujib Ur Rahman, Mohammad Nabi and Kayes Ahmed are seeing improvement because they play in franchise leagues all over the world,” Dew added.