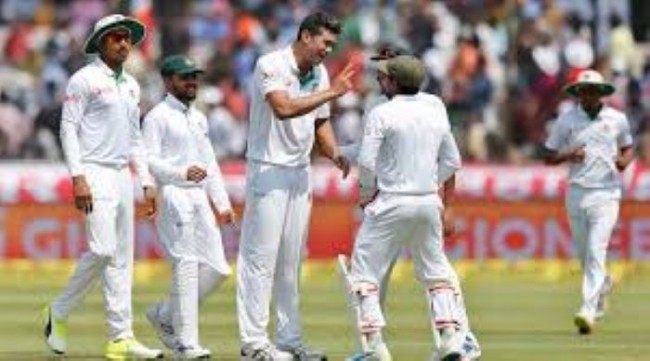 Bangladesh Cricket Board (BCB) is feeling ‘upbeat’ about the quarantine rules taken by the Sri Lanka Cricket (SLC) regarding the upcoming Asia Cup and international fixtures as well.

Sri Lanka is desperately trying to return to international cricket at home yard for which they made some arrangements to attract the other nations in Asia and out of Asia to visit here in the island nation.

One of the arrangements they made is their quarantine policy, where they have brought changes in consultation with the government which will only be applied to members of the cricket teams while they will visit the country.

Thus, almost all countries have a 14-day ‘quarantine rules’ worldwide. But Sri Lanka has eased this rule a lot for the touring cricket team. For this reason, Colombo is well ahead of Dubai, United Arab Emirates (UAE) as another potential venue for the Asia Cup in September.

Member countries of the Asian Cricket Council (ACC) were asked to work on which venue will be more feasible and where the quarantine policy would be more simplified in the last meeting of ACC.

When asked about the matter, BCB Chief Executive Officer (CEO) Nizamuddin Chowdhury said that the 14-day quarantine rule will be tough to implement for the teams before playing any multi-nation tournament.

“It’ll be difficult for all the teams to play a competitive tournament maintaining a 14-day quarantine rule because no team has so much time in hand,” Nizamuddin said to a Bengali daily.

SLC has gone for a different system so that the quarantine rules do not discourage the participating countries. As of now, it has been decided that the other cricket teams have to do the corona test before boarding to Sri Lanka.

And after arriving at the land of the islands, they will have to go through for another test which report should come within the 24 hours.

If the result is negative, there will then be no obstacle to take part in the normal activities. The SLC also informed the BCB about their new rules of the quarantine and BCB is feeling optimistic about it.

“It’s likely that the ACC will soon have a meeting of the executive board. It’ll discuss and decide on whether the Asia Cup will be held in Sri Lanka or not. SLC has informed us about some matters. One of them is that we don’t have to go there and quarantine for 14 days,” Nizamuddin informed.

“Of course, it made things a little easier. SLC is trying its best. They are doing this by consulting with the government. But at the same time, the participating countries have to make some considerations. Their country also has some rules. Their overall situation and preparation is also very important. That’s why there is a lot of discussion to be made,” he added.

Nizamuddin also spoke about the awaited Bangladesh’s decision about the tour to Sri Lanka to play the three-Test series.

“It’s a new progress. This has been informed to the concerned country about the current context. Maybe we can discuss and make a decision soon about it,” the BCB CEO said.

“They’ve changed some rules. However, we will decide after discussing in more detail. So we want to take a little more time,” he said further.

“Some things have come in fronts now which have not remained before. There are both positive and negative aspects about it. They say we don't have to do quarantine for 14 days. Again, the situation in our country and the preparation of the players are also matters of consideration,” he concluded.