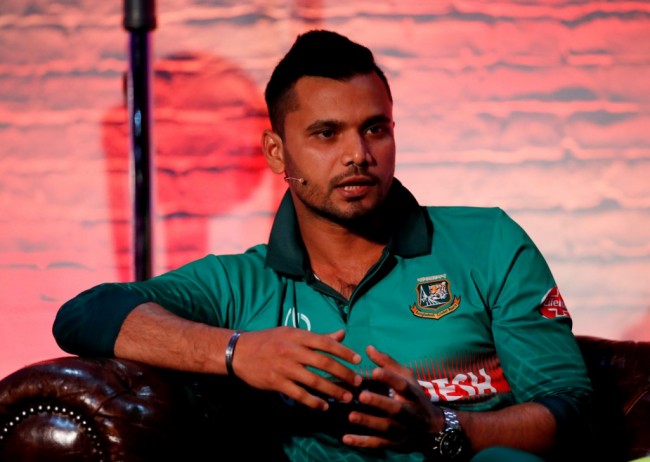 Former Bangladesh captain Mashrafe Bin Mortaza said that he was ready to quit international cricket after the final match of the 2019 ICC Cricket World Cup in England.

But he claimed that Bangladesh Cricket Board (BCB) stopped him because they wanted to send him off gracefully in front of home crowds as the successful captain in Bangladesh cricket history.

“My retirement incidents have happened before T-20 cricket. I did not say anything to you people. I have everything in favor of me at that time but now things are not that favorable to me as well,” Mashrafe Bin Mortaza said.

“I’ll say one the thing I wanted to quit after the last match of the World Cup. If anybody can deny that even from Bangladesh Cricket Board (BCB) they have to speak in front of me and not in isolation,” Mashrafe revealed his part of the story for the first time while he was speaking at a special live chat show with cricket journalist Noman Mohammed recently.

“I wanted to quit after the last match.BCB officials told me they wanted to send off gracefully on home soil. They have spent Tk two crore to play one match with Zimbabwe. I also felt that Mashrafe deserves to retire from the field. Spending Tk two crore for one match was too costly as most of the first-class cricketers do not get enough money in my opinion,” he said further.

Mashrafe was one of the most successful captains in Bangladesh one day cricket history with 50 wins as captain of the team. There were a lot of speculations regarding Mashrafe that he will retire from one day cricket because of his below par performance with the ball in the World Cup.