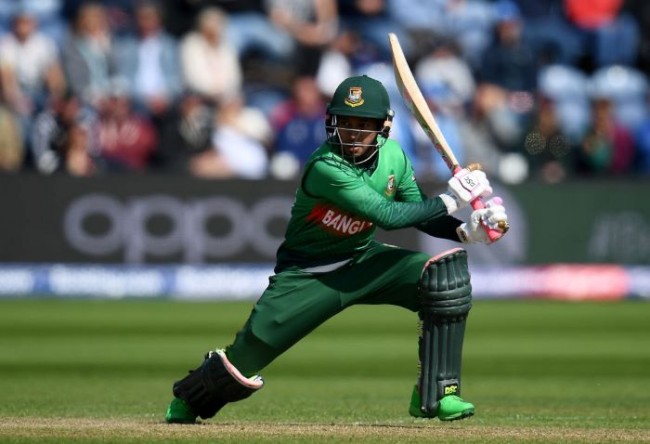 But Mushfiqur thought that he will be fortunate enough if he gets a chance to play in the biggest franchise-based T20 cricket league, which placed second after ICC’s World Cups.

Mushfiqur Rahim told this in an exclusive interview with the leading online web portal Cricbuzz recently.

The diminutive wicketkeeper-batsman said that he doesn’t regret not playing in the IPL rather he believes that representing the country is the biggest thing for him. And if he gets a chance to play in the IPL, it will be fortunate for him as he will be able to learn from other world-class players and take his game to an even higher level.

“No, I don’t have any regrets. I don’t think that playing the IPL can be bigger than representing my country. I think IPL is definitely one of the biggest T20 leagues in the world and all the top-class players all over the world play there. So I would’ve considered myself fortunate enough to play in such a tournament,” Mushfiqur  said.

“I could definitely take my game to a higher level, sharing the dressing room with legends. If I get an opportunity then, of course, I’ll play. And if I don’t get then honestly, I will never regret it,” he told Cricbuzz.

World-class players along with the globe-trotting cricketers around the globe remained keen to play in the cash-rich tournament. Only Shakib Al Hasan and Mustafizur Rahman have been seen to consistently play in the lucrative T20 league. Mashrafe Bin Mortaza, Abdur Razzak and Mohammad Ashraful have plied their trade for a handful of games.

Mushfiqur Rahim was added to the player draft for the auction and remained unsold for three times. Mushfiqur has played so far 86 T20I matches and scored 1,282 runs with an average of 20.03 with a strike rate of 120.03, where he is yet to slam any century in T20 though he has five fifties to his hut.

In Bangladesh Premier League (BPL), he had a hefty run, where he has played 85 matches so far and scored 2,274 runs with an average of 37.27 with a strike rate of 133.92. He is the third batsman right after Chris Gayle (132), in terms of hitting sixes in the whole tournament. He smacked 72 sixes to be third highest six-hitter in BPL.