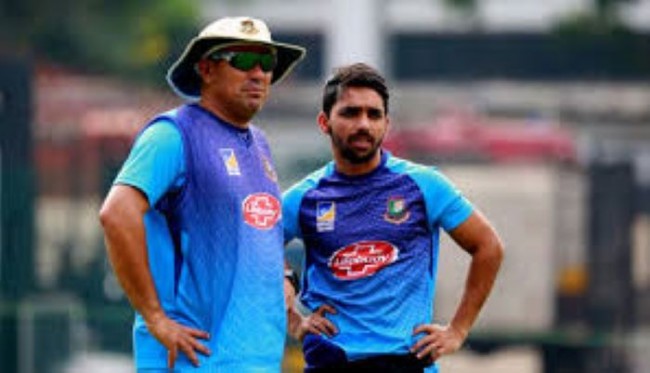 Bangladesh Test skipper Mominul Haque said that he is enjoying playing under the head coach Russell Domingo as he feels he is quite frank with his observation and let it known to his charges.

Domingo was the coach of South African cricket team, where he led them to 2014 World T20 and 2015 Cricket World Cup semi-finals before joining Bangladesh.

In a Cricfrenzy Facebook live session, Mominul said that he is enjoying to have someone who is good and understands the players nicely along with giving the players freedom to express.

"I'm enjoying a lot. He is very good and supportive towards the player. He gives freedom to the players more. Try to understand the players. If anyone does anything wrong he immediately says that player upfront. This thing is good," Mominul Haque said.

"Who needs to improve where, where the player has a problem he say that face to face, which is very good for the players," he added.

Domingo didn't have the dream opening where Bangladesh loss their first one-off Test against Afghanistan in September 2019 which was his first assignment as a coach. But the last home series against Zimbabwe in last February was a great achievement for the head coach so far for the team, where Bangladesh won their first Test under Domingo, won the T20 2-0 margin and also whitewashed Zimbabwe in ODI also.