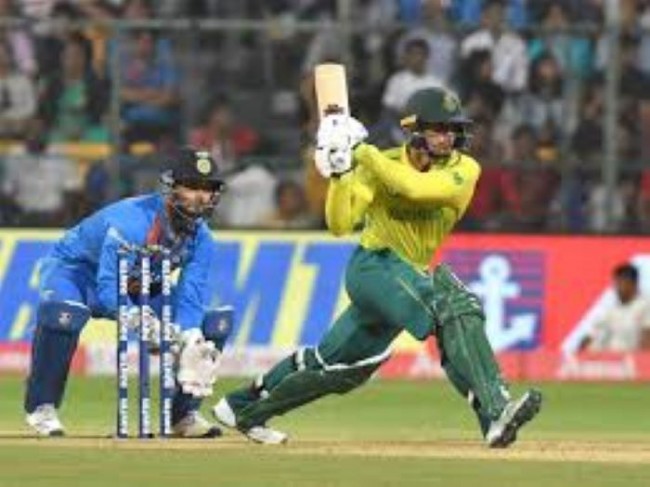 India finalized their agreed tour with South Africa, the tour which is scheduled to be held in the post-COVID era but the fixture of the series between the two top-flight teams is yet to be fixed.

The tour comprises three-match T20 international series, which was not a part of the Future Tour’s Programme (FTPs) set by the International Cricket Council (ICC).

The series had earlier been discussed by the incumbent president of the Board of Control for Cricket in India (BCCI) Sourav Ganguly and Cricket South Africa (CSA) Director of Cricket Graeme Smith earlier in February this year. The deal for the series was finalized on Wednesday.

“We’ve had a very good discussion with them (BCCI). We’re seeking via Sascoc an audience with the sports minister to be given approval to, if needed, play behind closed doors. This will relate specifically to the potential of an incoming Indian tour,” Faul told during a virtual press conference on Thursday according to sport24.co.za.

“We’re going to be very innovative because it’s an important tour for us. As I’ve stated before, we’re very encouraged by India’s willingness,” he added.

However, India’s participation may not be as easy as it sounds. A BCCI official, on the condition of anonymity, told PTI that they have to prepare their process though it is not easier for them at the moment of crisis.

“First, we have to get the players for a conditioning camp in a green zone. Obviously, if things are on track, we would play in South Africa,” the official said.a