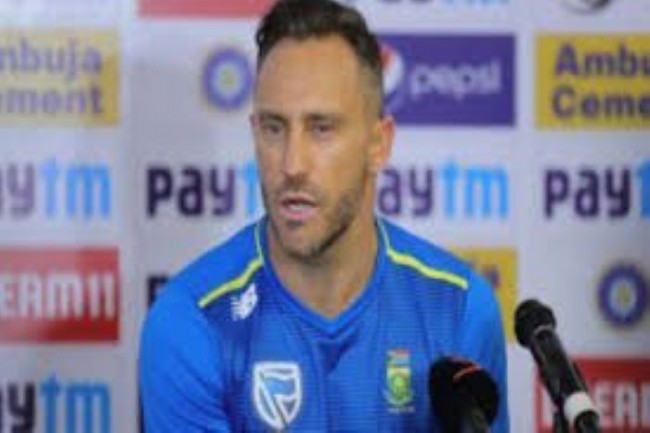 Where except Julian Calefato, Du Plessis knows all others and had worked with them in his early days. Sharing the experience he said to Tamim that the Bangladesh team got good people to work with.

Even Du Plessis asked Tamim how he has been enjoying working with Russell Domingo in reply Tamim said that Russell is quite good and he found him interesting and also believes that he has lots to offer the team. Tamim also added that the batting coach Neil Mckenzie is amazing as he deal the young and seniors very well.

"Russell is quite good I think. I just did one series with him. But he is quite interesting, he is quite good. He has lots to offer here in Bangladesh. Neil have been there for the last two years. Neil is amazing I think. The way he looks after the young ones and the seniors I think it's very very good," Tamim said in reply of Du Plessis.

Du Plessis also said that he had also worked with Neil McKenzie as a batting coach and feels that he is really good. Also, he is still in contact with Russell and Otis and has a good friendly relationship among them.

"I also enjoyed working with Neil McKenzie as a batting coach. He is really good. You have got good people that's what all about. Now getting good people to helping you," Du Plessis said.

"You got good people there. I have spent a lot of time with Russell, Mckenzie and Otis. You know as captain, captain and coach build their relationship, they become friends. So I still speak quite regularly with both Russell and Otis," he added.

While speaking about the net practice with Otis Tamim said how rapid Otis is with his stick and bouncer. Du Plessis then shared his one moment where Du Plessis was feeling Otis in the net and quick bouncer hit his finger which hurts him and from the next day Du Plessis started to put a dodgy finger to avoid such blow.

"He's too quick, I have some dodgy fingers because he bowl from so high and you know the bowl is like always here [bouncer], it hit me in my finger once, after then I said that no, not again. He just wants to taste you with the short bowls," Du Plessis concluded.