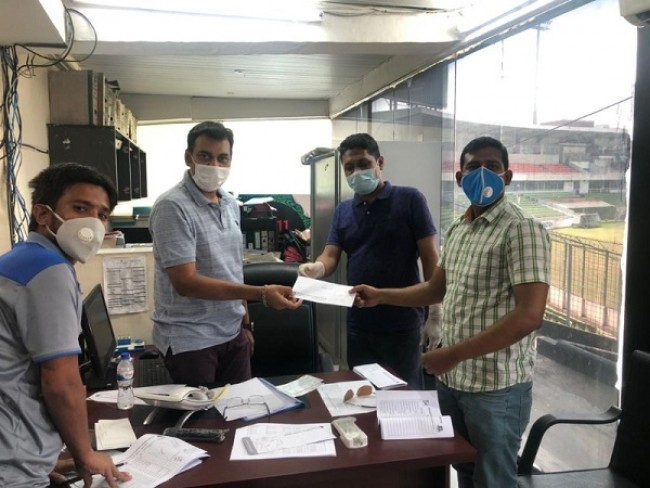 Many non-contracted cricketers haven't received the cheque of BDT30,000 that had been distributed by the Bangladesh Cricket Board to their respective clubs due to lockdown.

Due to the coronavirus situation, all cricketing event has been postponed. Earlier on Wednesday 15 April, BCB has postponed their DPL for an indefinite period.

Players who get their bread and butter from this 50-over tournament will now suffer from financial loss.

For which reason BCB came forward and gave one-time monetary support cheque to 96 players who are out of contract and the cheque has been already handed over to the 12 clubs of DPL.

But there are many players like Shahidul and Mishu who haven't received their cheque as they are out of Dhaka and the cheque is still in clubs possession.

The right-arm pacer of Abahani Limited Shahidul Islam said that as he lives [Narayanganj] outside of Dhaka it is quite difficult for him to go to the clubs' office and collect the cheque as he has some problem with his account. He haven't received the one-time monetary support as well as his salary.

"I haven't actually contacted with the board yet. There is a problem with my account, the salary does not come directly to the account. I have to go and collect the cheque. The Board has given BDT 30,000 to all those who have participated in this year's Premier League. I haven't collected anything yet. Because going outside of the home is risky right now, that is why I try not to go out from home," Shahidul said to Cricfrenzy.

Like Shahidul another Premier league pacer Yeasin Arafat Mishu said that he didn't get the one-time monetary support but did get his salary. If the situation gets better then he will come and collect it. Now he is staying in Noakhali.

"I got what was my salary but my cheque is in Dhaka. I didn't go and didn't receive it yet. It is still there. When everything gets better then I'll go," Mishu said.