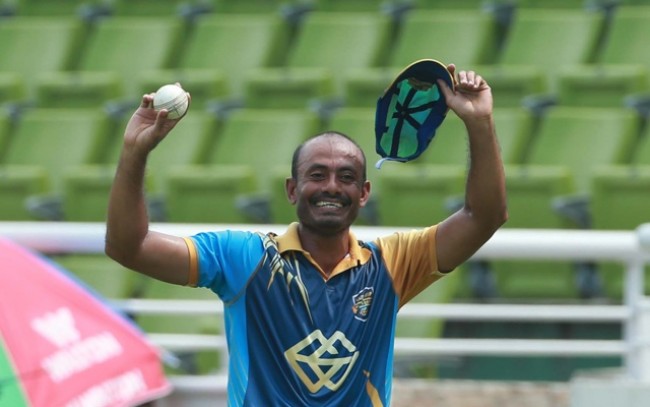 ‘’I have decided to quit from all form of cricket though I feel I could have played for another two years,’’ Sharif told reporter on Saturday.

‘’I am looking forward to work with BCB in the coming days if there is a possibility as I want to share the experience that I have gathered during this long journey,’’ he said.

Sharif added that his shoulder injury also played a big role behind this sudden decision as he feels there is no point playing cricket in this manner.

Look I have got a shoulder injury and though I am fit now there is a chance that it can recur and so I don’t want to play with 50-50 chances,’’ he said.

‘’Rather it is better if some young cricketer gets a chance in my place,’’ he added.

Mohammad Sharif forced his way into the national side in 2001 as a 17-year-old on the back of impressive performances in the National League. He was one of the rare bowlers in Bangladesh who could do the reverse-swing. Side by side, Sharif is a handy right-hand lower-order batsman, having made a name for himself in his hometown Narayanganj as a big-hitting taped-tennis batsman who had 16 centuries before making his Test debut.

After a reasonable start to his international career, he lost his place in 2002 and then broke down with a niggling groin injury shortly after the 2003 World Cup which required a series of operations in India and Australia. His comeback, which only started after a nine-month lay-off, was slow. He finally returned to the national side when picked for the tour of Zimbabwe, almost four years after his last appearance.

The only disappointment is that I could not pick 400 first-class wickets,’’ he said.

‘’Otherwise it was a brilliant journey that I will cherish all through my life,’’ he said.