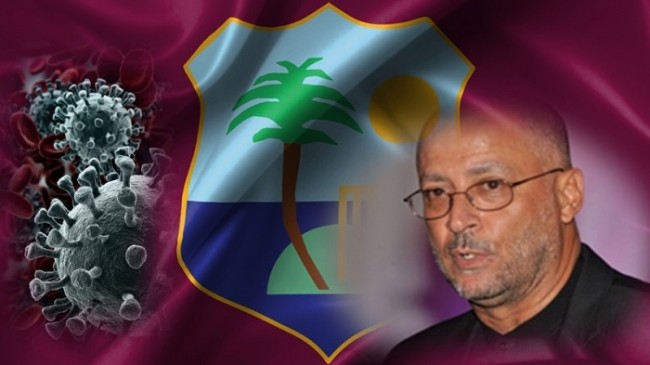 BCB earlier said that they are not thinking on the lines of a pay cut for its staff and cricketers despite staring at significant financial losses, with their next two home series against Australia and New Zealand heading towards postponement due to the global COVID-19 pandemic.

Australia already postponed their tour while it is likely to be the same with New Zealand as well after they decided to postpone their women's tour of Sri Lanka, that was slated for later this month and added that "most unlikely" that the men's team would be touring Netherlands, Scotland, Ireland and West Indies in June and July as planned before as there are also "obvious question marks" over New Zealand's tour of Bangladesh in August this year.

Despite all this BCB did not opted for pay cuts unlike some other boards and it seems CWI is walking on the same route as their president, Ricky Skerritt, has assured players there are no immediate plans to slash their retainer contracts, as the novel coronavirus pandemic continues to affect playing schedules across the globe.

Already, various boards have been forced to postpone or cancel several money-spinning tours, which has bit into revenues and prompted debate as to whether pay cuts should be on the table for elite cricketers.

Last week, England’s cricketers opted to give up 20 per cent of their retainers for the next three months, as part of the England and Wales Cricket Board (ECB) funding of a £500,000 (over J$84 million) donation to fight the disease.

And Australia Test captain Tim Paine said recently players were prepared for pay cuts as the crisis dragged on.

Skerritt said though retainer contracts were currently under their annual review, there had been no discussion over a reduction in players salaries.

“So, it is being looked at as normal, but I expect that we will have to do a bit of a check on where we are and what we can afford to do going forward.”

Windies’ three-Test tour of England scheduled for June 4-25 is up in the air with both the Caribbean and the United Kingdom on lockdown because of the COVID-19 outbreak.

Virtually all Caribbean nations have reported cases of the deadly virus while the United Kingdom (UK) has been severely hit, already recording 65,000 infections and nearly 8,000 deaths.

May is expected to see infections at their peak across the UK, and the ECB has already pushed back their season until the end of that month.

Windies are expected to host New Zealand in July and South Africa in August but both tours are now under the microscope because of the global shutdown of sports.

Skerritt said the cancellation of tours, especially the home itineraries, would have implications for the board’s revenue stream.

“CWI is facing a rapidly changing world environment for sports and with no sports taking place, with revenues related to broadcast rights and sponsorship and so on, gate receipts, all of those revenues are important, so every sporting organisation around the world is facing issues,” Skerritt said.

“Those that were already facing cash flow issues or other organisational issues will just have it tougher and CWI is one of those.”