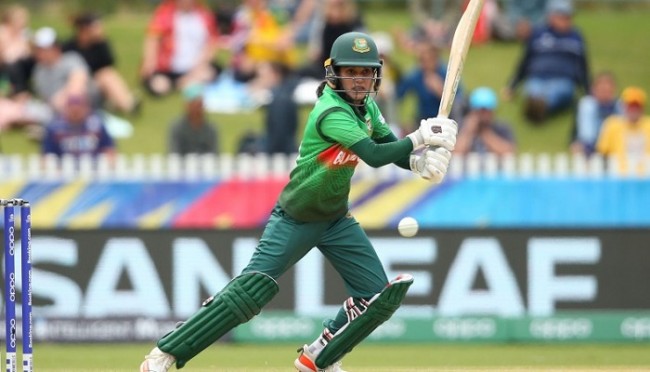 Bangladesh women team wicket keeper Nigar Sultana blamed the doctor for not allowing her to bat after she got injured against New Zealand and when she eventually managed by the help of her physio it was too late.

Bangladesh women’s team returned home without any win in the ICC World T20 but according to Nigar they have missed a golden opportunity against New Zealand after restricting them for 92 runs as they lost the game by 17 runs eventually.

Nigar returned back after being injured but she insisted it could have been a different ball game altogether if she was allowed by the doctor when she wanted to return to the wicket after watching wickets tumbling one after another.

‘’The medical team took me a place from where I was able to watch the game. At that time, we lost a couple of wickets as well. I wanted to go back on the field but the doctors were not allowing me to do so,’’ Nigar was quoted in women’s cricket website recently.

“Then our team physio came to my rescue who took the risk for me as I was adamant to play. She had to give in written and then I got the chance to play’’ she said adding that temperament played a big part behind their disappointing performance.

‘’Both Anju ma’am and Devieka ma’am had plans which certainly worked for us and they know who can do what. They motivated us even when we lost those games in the World Cup. They know what we need and our relations helped us to do good,’’ Nigar concluded.