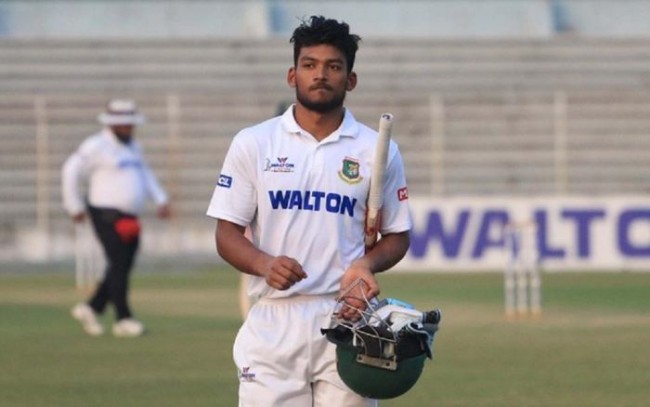 Nazmul Hossain Shanto remained 253 runs not out for Walton Central zone and put his side into a winning position against BCB South Zone in the third round of matches at Sheikh Kamal International Cricket Stadium (SKICS) in Cox’s Bazar.

In the second innings, BCB south zone were 158 runs for 4 wickets and still needs 348 runs to win in the fourth innings.

With this double hundred, Shanto has prepared himself well for the test match against Zimbabwe.

IN the second innings Anamul Haque Bijoy scored 83 runs for BCB south zone. Shamsur Rahman is not out on 43 runs for them.

The match is surrounded by controversy with the innings declaration of BCB south zone in the first innings.