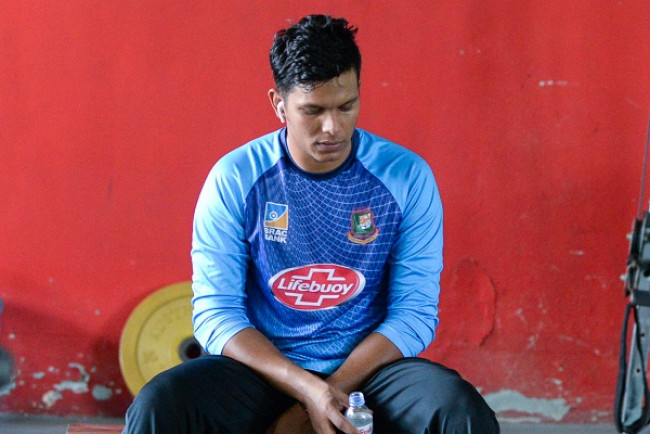 All-rounder Mohammad Saifuddin is ready to return to the field after a long injury lay-off with the third round of franchise-based first-class competition Bangladesh Cricket League, beginning today.

The 23-year old cricketer had been out of all forms of cricket since September last year after he aggravated a back injury, which forced him into long rehabilitation and side-lined him for about four months.

Bangladesh High Performance coach Champaka Ramanayake, who worked with Saifuddin during his rehabilitation period said that he is confident it won’t take time to get adapted with competitive cricket.

‘’I think he is a very skill full cricketer and he won’t take time to adapt with competitive cricket,’’ said Champaka.

‘’I have seen him bowling quite close to his pace and it will increase once he play competitive cricket. He was bowling honing his skill on bowling yorker and I am pretty sure he will do good in the coming days ,’’ he said.

The Bangladesh Cricket Board on Thursday named him in BCB North Zone, who will face Islami Bank East Zone in the third round in Cox’s Bazar.

Chief selector Minhajul Abedin said before allowing Saifuddin in BCL they have imposed some restrictions on him considering his fitness problem.

‘He will be allowed to bowl maximum 16 overs in an innings and but can bat as long as required,’ said Minhajul, adding that if he can prove his fitness he will be considered for the Zimbabwe series.

Saifuddin was yet to play a Test but had been a regular member of Bangladesh’s one-day international and Twenty20 side before his injury.