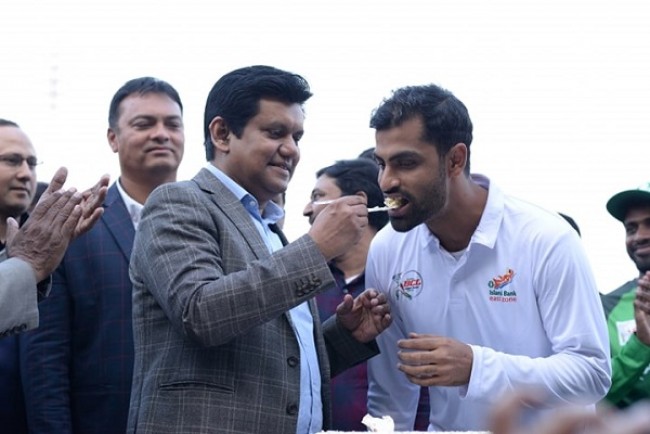 Bangladesh ace opener Tamim Iqbal said on Sunday that he just kept it simple during his marathon innings that saw him register the highest individual score for Bangladesh.

Tamim scored an unbeaten 334 on Sunday during a Bangladesh Cricket League (BCL) game at the Sher-e-Bangla National Cricket Stadium.

Playing for Islami Bank East Zone, in the first round game of the franchise-based first class tournament BCL, Tamim brought up this unique feat as the only second Bangladeshi batsman.

In doing so, he went past highest individual score in Bangladesh’s first class cricket, eclipsing the 313 of Roqibul Hasan, who was the only member in the country’s triple ton club before Tamim joined him.

Roqibul achieved the historic feat playing for Barishal during a National Cricket League (NCL) against Sylhet Division in 2007.

Tamim scored his unbeaten 334 off 426 deliveries, smashing 42 fours and three sixes as East Zone declared their first innings for a mammoth 555 for two following Central Zone's first innings score of 213.

The southpaw who started the third day on 222, reached 300 off 407 balls before smashing a few fours and sixes as East Zone piled up the runs to declare their innings after lunch.

‘’I think, I was very determined that the wicket was playing good. Wicket was not spinning or doing that much. So I kept it very simple. After scoring three hundred, I took some chances. And in the whole innings, I don’t think I had to do anything special. I just kept on batting, playing cricketing shots. And I was looking for boundary options. Rather than hitting over boundaries,’’ Tamim told reporters at the Sher-e-Bangla National Stadium on Sunday.

Roqibul was in the opponent’s tent, when Tamim reached 314 to surpass his score for Bangladesh’s highest individual scorer. He quickly came to the ace opener to congratulate him.

This was another milestone in an illustrious career of Tamim, who is the only player in the history who tops the run chart for his country in all three format of cricket.

‘’First of all I congratulated him. We played under-19 together. our journey begin together from under-17. So Tamim is one of the best friends of mine. I really liked it. The way he played, he actually deserved it. As player I wanted my record to be at top but Tamim broke the record and the quality he possess, actually it is tremendous,’’ said Roquibul.