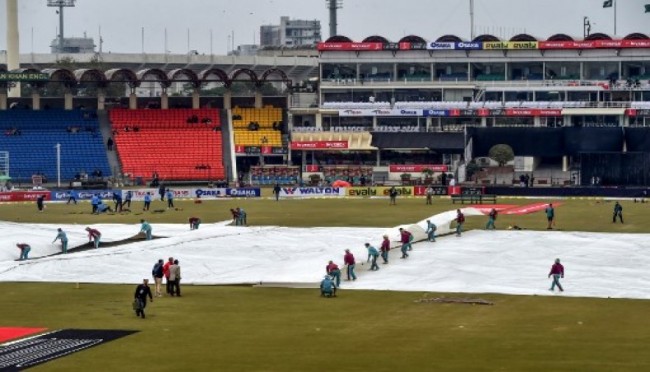 Bangladesh’s aspiration to get a consolation victory was ruined after the third and final T20 International match against Pakistan washed out without a ball being bowled following an incessant rain at the Gaddafi Stadium in Lahore on Monday.

Having won the series, Pakistan retained their top spot in the ICC T20 rankings.

Pakistan could have been displaced from the top spot should Bangladesh win at least one match in the series.

The rain eased out for a brief period to give a hope of curtailed match but it came back with zeal and ensured no play was possible in the final T20I here as Bangladesh was looking for a consolation victory.

However with that disappointment, Bangladesh ended the first phase of three phase’s tour of Pakistan.

The Tigers would come here again on February 6, to play the first Test at Rawalpindi, slated to be held from February 7-11.

Due to the security concern, the Government suggested the Bangladesh Cricket Board (BCB) to stay Pakistan for shorter period. And therefore the tour was decided to be held in three phases.