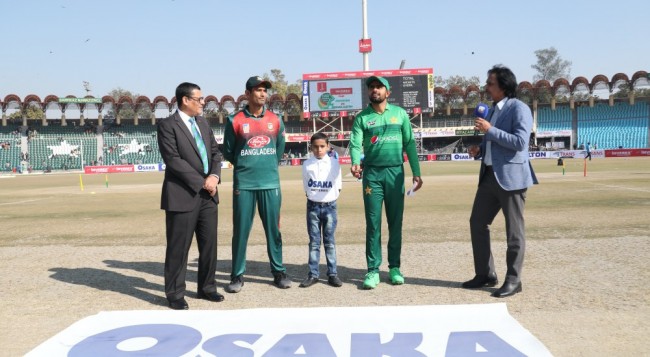 A consistent rain delayed the toss of the third and final match between Bangladesh and Pakistan at Gaddafi Stadium in Lahore on Monday.

Pakistan had already sealed the series by winning the first two matches but the magnitude of the match is huge for both of the teams.

While Bangladesh would try to avoid the humiliating whitewash, Pakistan also need to win the game if they want to maintain their No.1 status in the T20 rankings.

Bangladesh lost the first match by five wickets while the second one by nine wickets, paying the price of their lackluster batting.