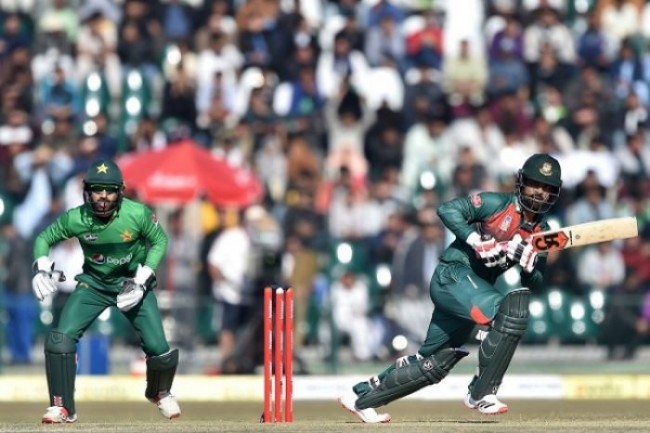 Bangladesh came up with yet another sluggish batting show to post a mediocre 136-6 in the second T20 International against Pakistan at the Gaddafi Stadium in Lahore on Saturday.

In what turned out to be Bangladesh’s must-win game in three-match series, the Tigers yet again won the toss and opted to bat first but the middle order failed to show any unwavering resolve in batting.

Tamim held together the innings to make 53 ball-65, clobbering seven fours and one six before being run-out in the 18th over.  Afif Hossain made 21 off 20 while captain Mahmudullah Riyad scored 12.

Tamim’s fellow opener Naim Sheikh got a first ball-duck in the second over after he edged one to wicket-keeper Mohammad Rizwan in the bowling of Shaheen Shah Afridi.

Tamim and Afif added 45-run for the fourth wicket stand before Mohammad Hasnain got the better of Afif.

Tamim however then reached his seventh half-century but when it was the time to compensate his slower knock, he was trapped run-out.