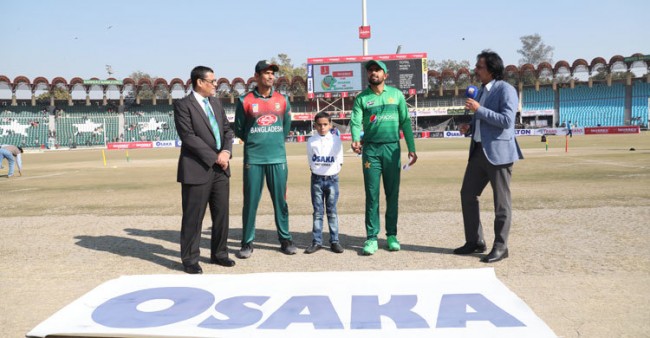 Bangladesh captain Mahmudullah Riyad won the toss and opted to bat first against Pakistan in the second T20 match at Gaddafi Stadium in Lahore.

The match is crucial for Bangladesh to stay alive in the three-match series following a five-wicket defeat in the first match.

This was however the consecutive second time that Mahmudullah won the toss and he wanted the luck to favour them in second match also.

Bangladesh brought up one change to the side in must-win game with all-rounder Mahedi Hasan replacing Mohammad Mithun.

Pakistan however remained unchanged. The victory in first match against Bangladesh was Pakistan’s first victory after six matches in this format.

The Tigers had lost nine matches and won just two in 11 matches against Pakistan in this format.