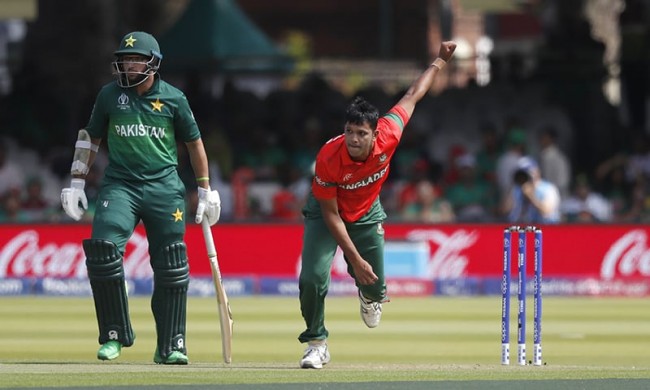 All the talk about security issues has been put aside for the time being as Bangladesh gears up to take on Pakistan in the first T20 International on Friday at the Gaddafi Stadium in Lahore.

The match begins at 3 PM as per Bangladesh Standard Time. But no local channel will telecast the match live.

Bangladesh is given tight security in the country in which they are touring for the first time since 2008 but Bangladesh remained unfazed by it, insisting that they want to fully focus on to cricket only.

This the first phase of the bilateral series in which they would also play two Tests and an ODI in two more phases in February and April.

For the time being, the Test and ODI cricket is not in Bangladesh’s mind as they want to keep up their upward trend in the T20 format.

The Bangladesh’s confidence to do well against Pakistan stemmed from their recent performance, which is way better than the opponents.

In their last 10 matches in this format, Bangladesh won five including one against mighty India and lost five matches. Pakistan won just one match and lost a staggering number of eight matches in their last 10 encounters. One match of Pakistan against Sri Lanka was washed out due to rain.

Overall in 92 T20 Internationals, Bangladesh won 30 in contrast of losing 60 while two matches were abandoned.

Pakistan played 149 T20 matches so far in which they won 90 and lost 55 while four matches were either abandoned or tied.

Despite the upper-hand in overall stat, Pakistan would face off Bangladesh in the first T20 on the back of six straight defeats.

That still Pakistan is ranked No.1 team in this format, vastly due to their wins in previous matches in which they were consistent. But a series defeat to Bangladesh would potentially demote them as Australia is heavily breathing on them with 269 points while they have 270 rating points. England with 265 points, New Zealand with 262 points and India with 260 points ---all has the chance to surpass Pakistan if Bangladesh wins the series.

A win in the series also would see Bangladesh to make a giant stride in rankings.

However Bangladesh who are now ranked ninth in this format, is expected to pose a danger to Pakistan even at their own den, bolstered by their recent performance and Pakistan’s downhill trend.

Moreover Pakistan though recalled Shoaib Malik, Mohammad Hafeez to add experience to the squad, they left out their best bowler Mohammad Amir, who was always a nemesis for Bangladesh.

The Tigers are also without the service of Mushfiqur Rahim, who opted out the tour due to family concern and Shakib Al Hasan—serving two years ban, with one year of that suspended imposed by ICC.

The absence of two stalwarts even couldn’t dent the mood largely due to the performance of the players in the recently concluded Bangabandhu Bangladesh Premier League (BBPL).

All of the players who made the cut in the team have been in superb form in the tournament and it is believed if they could translate their BBPL form, Bangladesh would find it easier to get past Pakistan.