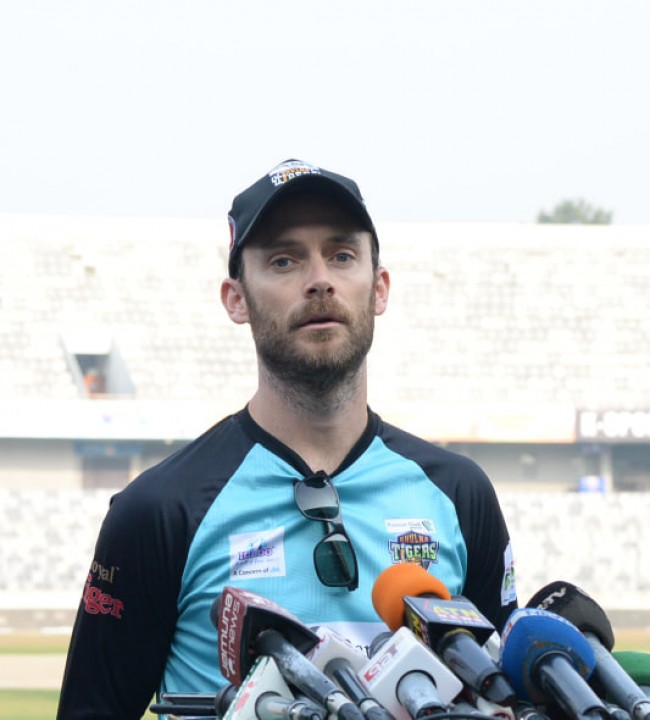 Khulna Tigers head coach James Foster heaped shower of praise on his top-order batsmen, saying that they are the reasons that Khulna Tigers kept them flowing in the special edition of the BPL.

He urged them to come up for one more time as they would take on Rajshahi Royals in the final of the tournament on Friday at the Sher-e-Bangla National Cricket Stadium.

“Our batting line-up fired pretty much. All of our top seven have contributed throughout the whole competition. We’re in a very good pace with the bat and also with the ball,” Foster said on Thursday.

Khulna has top two batsmen in top two positions of the highest run-getter with captain Mushfiqur Rahim being so far the highest scorer of the tournament with 470 runs in 13 matches while Rilee Rossouw follows him with 458 runs from same number of matches.

Mehidy Hasan Miraz thrived as an opener but the revolution of their opener Nazmul Hossain Shanto was extraordinary. After a mediocre return almost throughout the tournament, Shanto suddenly shot to the fame with a blistering 57 ball-115 not out against Dhaka Platoon in the last group match which helped Khulna to successfully chase the highest BPL total . Shanto later proved it was not a one-off incident as he smashed a 57 ball-78 not out in the first Qualifier against Rajshahi Royals in more spicy pitch.

While their top order enjoyed a good tournament, their bowlers led by Mohammad Amir did their job perfectly. Amir particularly was unplayable in some matches including the first Qualifier match against Rajshahi against whom he took BPL record 6-17.

Despite all the things are in their favour, Khulna head coach James Foster chose to keep his feet down to the earth.

“They [Rajshahi] are a serious team, a very good team. We have to play very well to beat them tomorrow. We’ve prepared as possible as we can be. We’re very confident. We won last four games in a row and all have been pretty much knock-out games for us. So, we’re in a good rhythm and in a good space. Ultimately it’s all about delivering on the day,” Foster said.

He especially had special praise for Shanto whose revolution as marauding opener was quite amazing.

“Phenomenal,” he said of Shanto, adding “The guys are in form and hence the reason as to why we got through the final. Really happy with their form. They are very confident. But not those two, a lot of guys contributed at the right time of the competition.”

“Shanto is a good player. It’s important that he stays busy as a cricketer I feel. He left out for one game, came back in and since then he looks class,” he said.

While Rajshahi captain Andre Russell showed his tendency to snatch the victory from the jaws of defeat, Foster was reluctant to make special plan for Russell only, rather he wants to for the entire team.

“We’ve planned for everybody about their eleven,” he concluded.