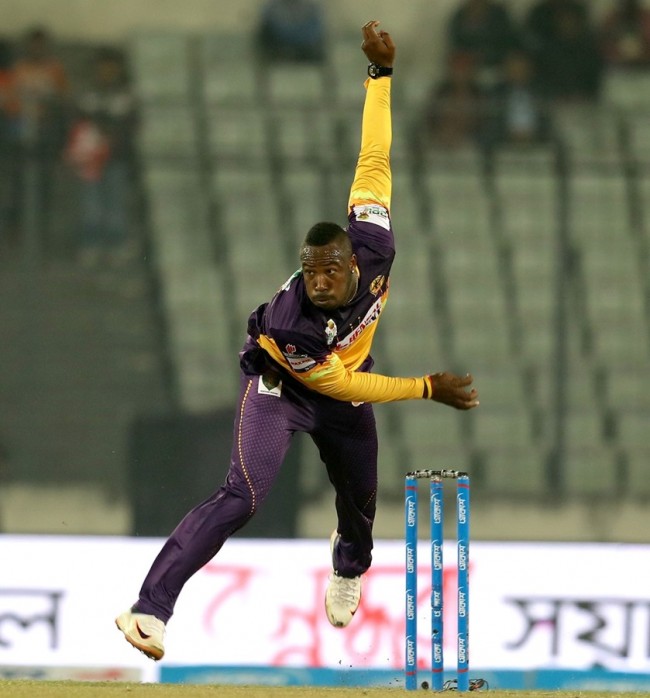 Rajshahi Royals West Indian all-rounder Andre Russell said on Wednesday that he loves the challenge of chasing 14 and 16 runs in an over as he is confident that he can make it if he stays there till the end.

Russell came up all guns blazing to rescue the side from the hopeless situation as Rajshahi reached the winning target with four balls to spare.

Rajshahi will take on Khulna Tigers in the final on Friday, which will also be their chance to take the revenge of their defeat in the first Qualifier.

‘’I love playing in these condition where we you need 12, 13 or 14 runs an over. I love when it is 15 or 16 runs an over and I love the challenge because I know if I can stay till the end we can win,’’ Russell told reporters at the post match press conference after the massive win against Challengers at Mirpur on Wednesday.

i always have an open mindset I do not plan and premeditate. I was upset with one of the batters that gets out advance down the wicket because all he needs to do is to bat,’’ he said.

‘’The bowler is always under pressure in the death and all he need to do is to bat till the end,’’ he said.

‘’My mindset when going to the bat was to bat freely and once I bat the two or three over we will get the score,’’ he said adding that it was not easy though.

‘’It was not easy and you just have to apply yourself and you know You do not mistimed one and get up,’’ he said.

‘’You see one or two fielders in the boundary because right through my innings I try to middle and pace my innings. I tried to get the ball out of reach that was the plan,’’ he added.