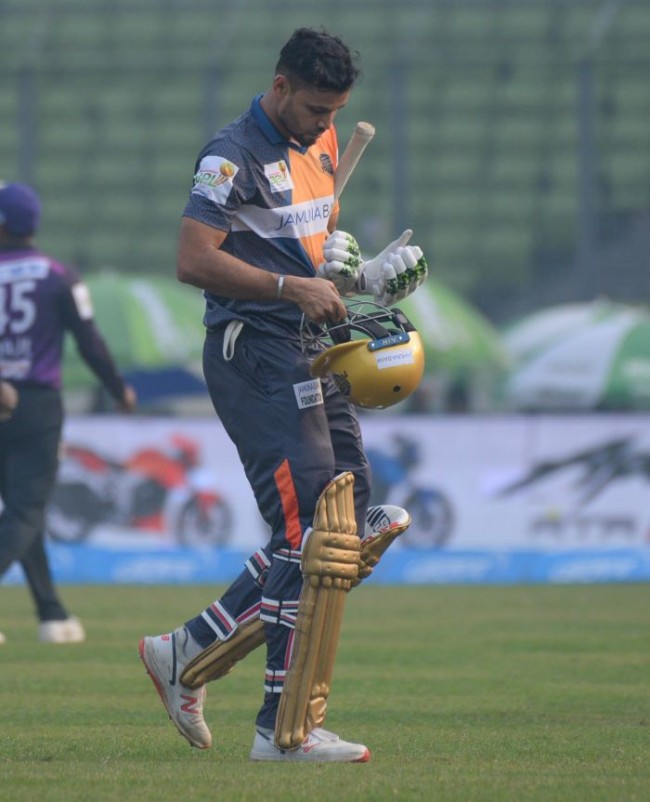 Dhaka Platoon captain Mashrafe Bin Mortaza insisted that cricket remains the big part of his life still if not bigger than his life.

The comment came after he further demonstrated his passion for the cricket as he played his side Dhaka Platoon’s crucial Eliminator game against Chattogram Challengers with 14 stitches in his hands.

He could have easily skipped the game given the gravity of his injury that he incurred during his side’s last group match against Khulna Tigers while stopping a ball from powerful shots of Rilee Rossouw.

But the importance of the game made him desperate to play it, without giving the injury a thought. Dhaka couldn’t win the game despite Mashrafe’s earnest endeavor as Chattogram beat them by seven wickets and eliminated them from the race of the Bangabandhu Bangladesh Premier League (BBPL) final.

However the courageous decision of the cricketers further hogged the limelight as he took the field, despite knowing that further injury could have made the situation worst.

Mashrafe’s philosophy was very simple as he said he believes the cricket is a big part of his life if not bigger than his life.

“Cricket is not bigger than life but obviously bigger part of my life,” he said while his attention drawn to why he played with such serious injury.

Mashrafe is unarguably the only sportsman in the history who has still been playing the game of cricket with seven operations on his two knees apart from going under knife several times for other injuries.

The doctor in a different part of the world warned him about the risk of keeping him engaged to the game after such operations but he paid little heed to it and still continues the game he loves.