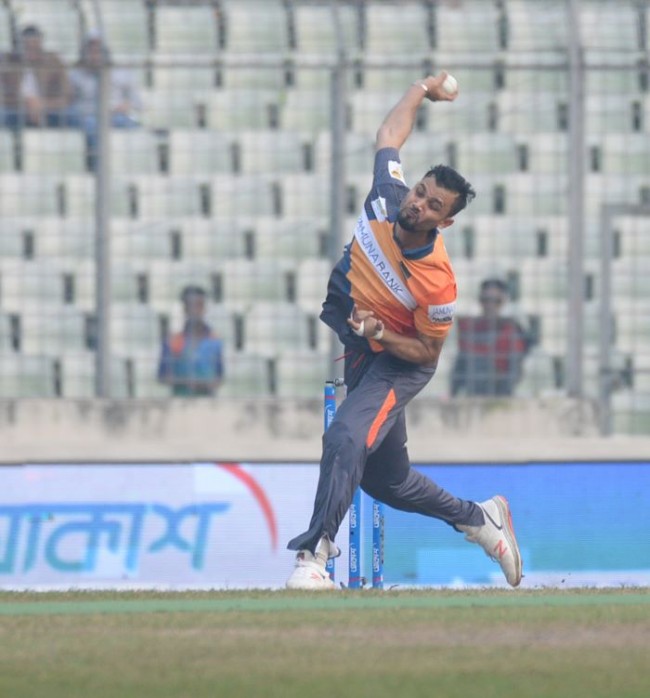 Mashrafe Bin Mortaza who is technically still the captain of Bangladesh’s ODI team said he is ready to leave the responsibility if Bangladesh Cricket Board (BCB) insists him.

Mashrafe was appointed captain till the ICC World Cup 2019 in England after which he was supposed to retire from the cricket.

He however didn’t retire and further was appointed as captain during Bangladesh’s three-match ODI series against Sri Lanka but missed the series due to his injury.

Tamim Iqbal was the makeshift captain of that series after which Bangladesh didn’t play any ODI game which technically kept Mashrafe in the captaincy post.

But the latest development which saw Mashrafe himself pulled him out from the BCB contract list, question raised in which position he will be in the team if the selectors select him for the national team.

Mashrafe’s performance in the World Cup casts a doubt on his return to the national team just as a player, which the lanky fast bowler, popularly dubbed as ‘fighter’ also knows well.

“I have already given you a clear message that it’s totally up to the selectors [whether they would select me in the team],” Mashrafe said on Monday.

As per Bangladesh’s tradition, the BCB appoints the captain while the selectors select the team.

Therefore the BCB will take the decision whether they would keep Mashrafe as the captain of the side as the fast bowler refused to retire from the cricket right at the moment.

“If BCB wants me to leave the captaincy, I will leave it. There is no problem in it,” he added.

“But I told you earlier that I want to play. Not necessarily that I have to play in the national team.  There is domestic league in which I want to play. There is BPL where I can play if the franchisees show interest towards me. I am enjoying the game of the cricket and I will continue it,” Mashrafe said, further indicating that he has no immediate plan to retire from the cricket.

At the same time he reiterated his decision to not to take any grand farewell as offered by the BCB.

“As I said you earlier, a player doesn’t play only thinking about the national team. I think I have the freedom to take my decision. There is nothing to impose pressure on me,” he remarked.

Mashrafe also thanked the BCB for offering him a grand farewell.

“I think the BCB is the guardian of the players and they honored me by offering a grand farewell. But my message is clear—I have no intention to get a farewell from the ground.”