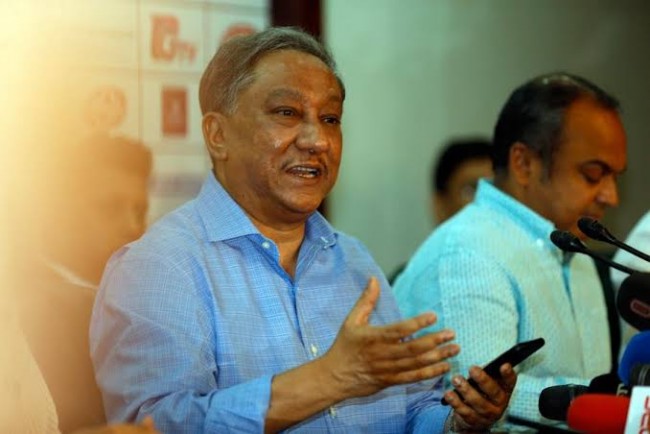 Pakistan Cricket Board announced on Tuesday that they will sit with BCB at Dubai this week to resolve the present crisis hanging on the fate of their home series against Bangladesh.

‘’The Chairman of the Pakistan Cricket Board, Mr Ehsan Mani, will meet Bangladesh Cricket Board President, Mr Nazmul Hassan, in Dubai this week on the sidelines of the ICC Governance Review Committee meeting, following which the PCB will provide further updates on Bangladesh men’s national cricket team’s upcoming tour of Pakistan,’’ BCB said in a statement.

‘’The Dubai meeting is a continuation of the discussion process, which the PCB has followed to reach a consensus with the BCB on its national men’s cricket team’s tour itinerary,’ it added.

PCB came up with this response after BCB president Nazmul Hasan said on Sunday that they are ready to play only three Twenty20 internationals against Pakistan in their upcoming tour as government is reluctant to provide security clearance for long period due to the prevailing unrest in the Middle-East.

In the recent past, PCB proposed BCB to play the two-match Test series first and later take part in the three-match T20 series in a convenient time, precisely ahead of the next T20 World Cup and was waiting for a response from BCB.

The visitors are scheduled to visit Pakistan in January-February for a full-fledged tour comprised with two Test and three T20’s but doubts were raised about its future after BCB stated that they are unwilling to play Test matches against Pakistan at their own backyard.

BCB boss insisted that they are ready to play Test against Pakistan at their own back yard by picking up a convenient time that is agreeable both parties after everything gets ok in the Middle East but for now they are only unable to do anything apart from playing the three-match T20 series as national security agencies did not allowed them to make plans of anything apart for a short-trip as they are quite skeptical as far as the security is concerned since everything his heated up  in the middle east region.

‘’Considering the recent unrest that is prevailing in the Middle East we can only have a short trip to Pakistan and so we decided to play only three T20 matches during our first visit to Pakistan,’’ Nazmul told reporters at the BCB premises after completing a four-hour long meeting with other board members where several issues were discussed including the stance on their upcoming international assignment.

‘’We will play the Test series against Pakistan at some other point of time when everything gets ok in the middle-east region.

‘’It was a difficult decision to tour Pakistan considering everything but still we decided to go there now only to prove that we want resumption of international cricket in Pakistan,’’ he said adding that they are well aware that they need to take part in the series considering it is part of ICC Test Championship and not just another bilateral Test series played between two nations.

Intikhab: Babar should not have been made captain in T20 cricket