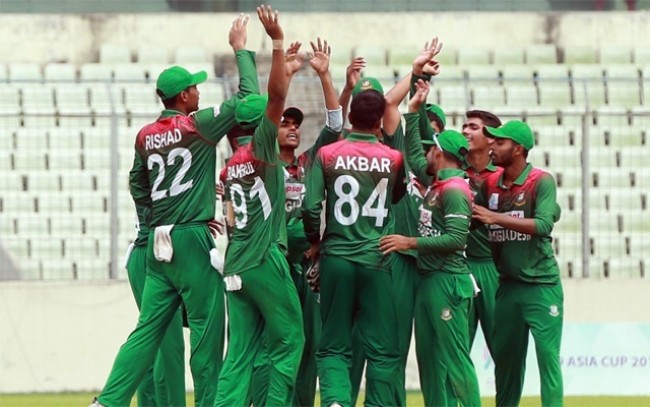 Bangladesh Under-19 team captain Akbar Ali said yesterday that his team is well prepared to make their mark in the ICC Under-19 Cricket World Cup, which begins on January 17 in South Africa.

Bangladesh had reached the semifinal stage in the last youth world cup at home condition.

Akbar, a wicketkeeper-batsman who is one of the several potential stars of the future in a side which has set a high standard for the current generation, exuded confidence while he speaking at an official press conference in Johannesburg yesterday.

“It’s a great opportunity for us to show our talent. We are well prepared and the boys are excited to perform well in the tournament. To be honest, I think, our squad is a very balanced one and our bowling, batting and fielding are in very good shape,” said Akbar.

“The guys are very talented. If we can play to our potential, we have a good chance to qualify,” he added.

Akbar had earlier declared that not only can his side progress from a group featuring Pakistan, Scotland and Zimbabwe, but they can also go on to win the entire tournament.

Bangladesh have won 18 of their last 30 games, which includes series wins over New Zealand and Sri Lanka and three victories on English soil. Towhid Hridoy and Mahmudul Hasan Joy went to the tournament with good form and are the only players to score more than 1,000 runs at the U-19 level since the last tournament two years ago.

Bangladesh will play two official warm-up matches against Australia (January 13) and New Zealand (January 15) before their first Group C encounter in the tournament proper on January 18 at the JB Marks Oval in Potchefstroom.