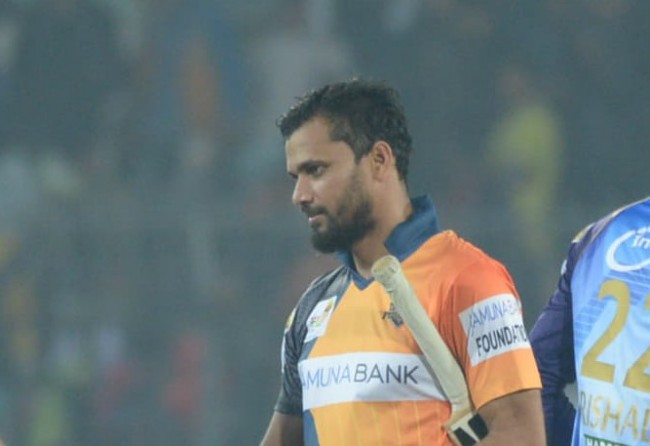 Amid the ongoing talk over his retirement issue, Mashrafe Bin Mortaza for the first time came up with any straightforward answer as he revealed that he has no plan to walk into the sunset in near future unless the Bangladesh Cricket Board (BCB) forces him.

The ODI captain’s retirement issue has been the talk of the cricket fraternity since the World Cup and the speculation further raised following Bangladesh Cricket Board’s (BCB) decision to include two ODIs in the home series against Zimbabwe in February that was originally comprised with one Test and five T20 Internationals.

The decision was seen to give Mashrafe a befitting farewell from the cricket as BCB president Nazmul Hassan Papon earlier said that they want the captain to retire from the cricket in front of the home crowd.

“You can say that everybody makes me retired from the cricket. But I am enjoying the game. I don’t take any decision whether I would retire from the cricket from the field. If the Cricket Board has that sort of plan, definitely I will rethink about it,” Mashrafe said on Friday, effectively ruling out any retirement plan by his own.

Despite aspiring to play for the national team again, Mashrafe is apprehensive with his future, specially after taking just one wicket from eight games in the World Cup.

“To be honest, after taking one wicket from eight games, my gut feeling is that I won’t be able to make the cut in the team. It’s selection matter. If the selectors think that they will give me another opportunity, I will try my best. But I know if anybody, apart from me, got one wicket in eight games, he would have dropped from the team straightway,” he added.

After the World Cup debacle, Mashrafe had the opportunity to play a three-match ODI series in Sri Lanka but due to his injury, he had to pull out himself from the tour.

“I had the opportunity to get back to the team in Sri Lanka since Shakib was rested. I couldn’t play due to injury after which Bangladesh didn’t play any ODI. So I didn’t get any opportunity to talk to the selectors about what they are thinking about me,” he said.

“But as player I am still enjoying the cricket and if the selectors give me the chance I will definitely play cricket. At the end, cricket is everything to me. So I will play cricket, be it in the national team or any other side. I don’t know whether I will be given the captaincy role again. That’s up to the board,” Mashrafe concluded.