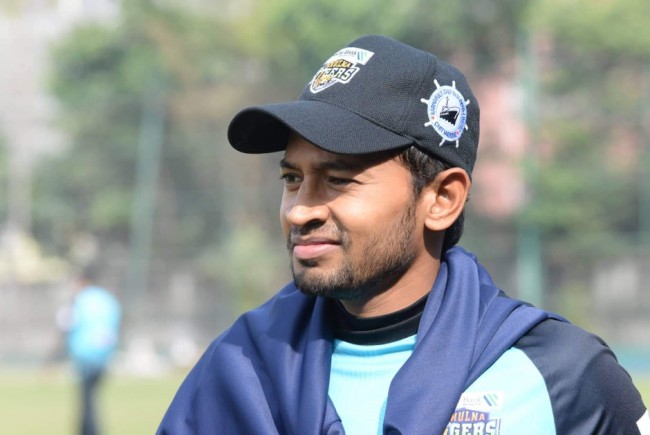 While there was widespread belief in the cricket fraternity that Mushfiqur Rahim always let the emotions run too high, his teammate Robbie Frylinck came up with interesting observation, saying that the captain knows how to curb the emotions on and off the field.

Mushfiqur never successfully completes any BPL tournament as captain and this tournament is the exception he is leading the Khulna Tigers in as many as 10 matches so far.

In the last six editions of BPL, his captaincy stint with the side he played came an abrupt end, for which his exaggerated emotions were blamed.

Curiosity was increased amongst the people of the cricket fraternity when they saw Mushfiqur leading the side in this tournament without any fuss.

Robbie Frylinck who was awarded man of the match to lead Khulna Tigers to a 34-run win over Cumilla Warriors, said that he has never seen Mushfiqur’s emotions running too high like the way people envisaged or said.

“I was with Mushy [Mushfiqur] last year with the Chittagong Vikings. I know his style and I know what he is about. He a man with a wealth of knowledge and his tactics are really really good to each player we play against,” Frylinck said here today.

“He gives so much information in our team meetings in terms of plans and stuff like that and also he can be quite calming out in the field as well. You never really see Mushy’s emotions run really high and he keeps everyone grounded. It’s just a pleasure to play under him and I really enjoy it.”