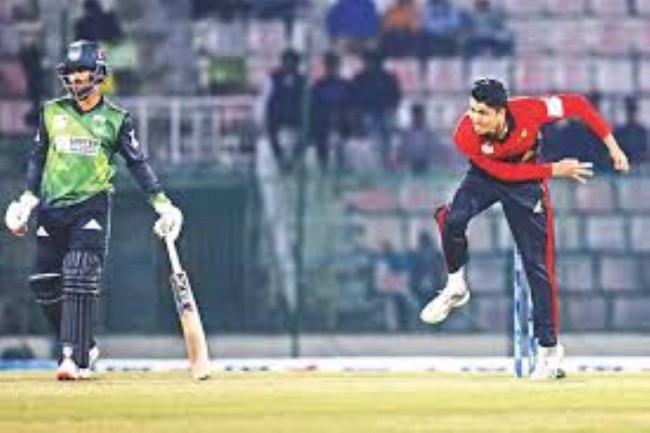 Cumilla’s Afghanistan recruit Mujeeb Ur Rahman is one of the spinners in the world at this moment, at least in shorter format of the cricket. And the off-spinner has been showing his credentials in the ongoing Bangabandhu Bangladesh Premier League (BBPL) also.

When other spinners found it tough to thrive in the pitch which was provided, Mujeeb continued to be in the top five bowlers list.

Cumilla Warriors captain Dawid Malan said they are blessed to have Mujeeb in the side but due to the other bowlers failure they couldn’t just unleash him in proper way.

While Mujeeb is a good weapon for both first powerplay and death overs, for Cumilla the problem is—if the other bowlers couldn’t do well in the middle part of the innings, Mujeeb’s effectiveness don’t come in winning-way always.

“If you are a smart team you do that. Mujeeb is one of the best in the world, teams aren’t going to come out and try to whack Mujeeb, they are going to try taking 20 off Mujeeb and score 140-160 off the other 16 overs. And that’s probably been our biggest weakness, probably our last four overs.” Malan said.

“We have used Mujeeb in the last 2-3 games at the death and it has worked very very well. But you are only allowed to do that if you keep taking wickets during the innings and today we did not take wickets regularly enough. I thought we bowled very well, I thought 180 was a par score, a very gettable score, it was a very good wicket.”