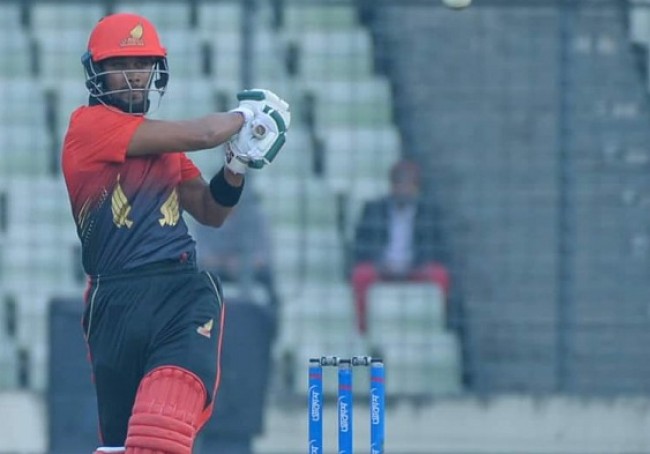 Most of the part of his career, Sabbir Rahman was used to play in the middle order but his promotion as opener during his side Cumilla Warriors’ game against Khulna Tigers came as a surprise.

His name in the squad indeed was the first surprise of the day because he was dropped in the previous game for his poor run of form and hardly anyone thinks he would regain his place just after a match and that too in opening position.

He paid the price by playing a 39 ball-62, which came in a losing-cause eventually.

“Yesterday we played four left-handers and they bowled a lot of off-spin. So, today was a tactical change to get a right-hander in. So we had two options - either Sabbir or Ankon to open and Sabbir at no. 5. The selection committee, the credit needs to go to them, for saying that they would like to try Sabbir up top and give him the freedom,” Cumilla captain Dawid  Malan explained the reason to send him as opener.

“Sometimes he played the situation too much at no.5, when we lost 2-3 quick wickets and he sort of played in his shell. We just gave him the license today said to play how we know you can play, you are one of the most destructive batsmen in Bangladesh cricket, go out there and just attack. If you get out, that’s fine, we don’t mind, just go out there and be as aggressive as you can and he played beautifully tonight.”

But Malan expressed his pleasure over the form of Sabbir Rahman.

“I think it’s always easy to be critical. Yesterday he [Sabbir] was dropped for not scoring runs and today he had an unbelievable innings of 60 off 30 balls [62 off39]. I think as batsman in general, you get in, you want to finish games or win games, that is what you judge yourself on, not just the number of runs you score, you judge yourself on the number of wins or contribution you have to winning games,” he said.

“I think he [Sabbir] probably would be disappointed that he did not bat that little bit longer but he played a hell of a knock. To come from where he was, after being dropped yesterday to batting in a different position than where he has the whole tournament. All credit to him to come back and play as well as he did.”